Healthcare Spending And The National Debt

For many progressives in the U.S. Congress, “fixing” the healthcare system in the United States is a major policy initiative. Their prescription? Medicare for All—a single payer, government-run healthcare scheme which uses the existing Medicare system as a template for healthcare utopia in America. Medicare for All would seek to transition everyone to a Medicare style system over four short years, all the while promising to expand benefits, eliminate deductibles, and cut costs. But free healthcare is not free.

According to estimates by the Mercatus Institute, Medicare for All carries a price tag in the neighborhood of $32 trillion over 10 years. For some sobering perspective, the total of all individual and corporate taxes collected by the federal government over the next 10 years is projected to be approximately $30 trillion. Where will the money come from in order to fund the nationalization of the U.S. healthcare system? 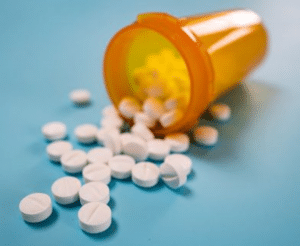 Read: Medicare For All Is The Wrong Prescription

Advocates of Medicare for All claim that it will be funded by administrative savings generated from a massive consolidation of the health-insurance industry by dramatically reducing fees for physicians, hospitals, and other providers, and through a significant increase in personal and corporate tax rates. Even in a best-case scenario, these three sources of funding are not enough to cover the approximate $32 trillion price tag. A major portion of Medicare for All funding would have to be covered by a significant increase in deficit spending which in turn will generate more debt and the need to pay even more interest on the debt.

Today the federal deficit is more than $21 trillion. By 2023, the Congressional Budget Office projects it to grow to over $27 trillion. Those projections, as significant as they are, do not account for the impact of Medicare for All. Assuming full implementation of Medicare for All over a four-year period, the required level of deficit spending would cause net interest payments to increase by more than $5 trillion during that same time period; this according to data from the House Budget Committee. The same analysis predicts that fully funding Medicare for All over its first 10 years would add approximately $38 trillion to the nation’s debt. Even at a modest interest rate, service on that level of debt would eclipse all other areas of government spending combined.

Hendrickson accurately concludes, “We eventually will have to learn to live within our means.” This entails having to say no to government spending on programs whose negative impact includes driving up our national debt. Unfortunately, that lesson hasn’t been learned yet. Let’s hope our legislators learn it before socialized healthcare becomes a reality. Medicare for All, like many socialized healthcare systems, will negatively impact patients, providers, and payers to a significant degree. Now add to that list a dramatic impact on the already high national debt.

Don’t look now, but with Medicare for All, overwhelming debt, like objects in your car’s side-view mirrors, may be closer than it appears.

The Institute for Faith and Freedom depends on the support of readers like you.

Richard D. Kocur is an assistant professor of business at Grove City College. He specializes in marketing and business strategy and has over 25 years of experience in the healthcare industry.