A Prescription for Disaster

For those who may be unfamiliar with the players in the pharmaceutical business, Mylan is a successful, mid-sized manufacturer of branded and generic drugs. One of their largest products is the EpiPen, which is an auto-injection device used to treat potentially fatal allergic reactions via a quick dose of the drug epinephrine. The company and its CEO are under fire for a recent price increase of the product. In fact, the furor surrounding the price increase of Mylan’s EpiPen has reached critical mass. Since Congress likes nothing more than to jump on the bandwagon of public outrage, the House of Representatives has entered the conversation of “outrageous” prescription drug pricing. The national legislature doesn’t just intend to talk about how Americans are being gouged by big pharmaceutical corporations, however, it intends to do what it does best: legislate the problem away.

The recently introduced “Fair Accountability and Innovative Research Drug Pricing Act of 2016,” otherwise known as the “FAIR Drug Pricing Act,” seeks to force drug-makers to rationalize any price increase over 10 percent to the Department of Health and Human Services (HHS) at least 30 days prior to the effective date of said increase. The bill requires manufacturers to file a report outlining costs associated with the research and development, manufacturing, and marketing of the drug as well as any associated net profits. HHS will then make public all of the information contained in the report on a government-run website. According to the legislation, failure to follow the federal government’s prescription will cost pharmaceutical companies $100,000 for each day their filings are late. 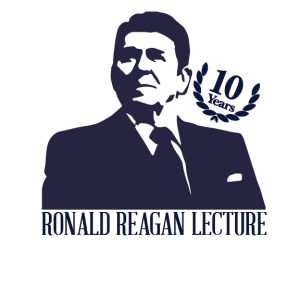 Admittedly, many of the public-relations wounds suffered by the pharmaceutical industry are self-inflicted, including Mylan’s current situation, but bringing the entire industry one step closer to government price controls through this legislation is not the answer. It’s clear that prescription drug pricing controls are exactly what many proponents of the bill ultimately seek. The Campaign for Sustainable Rx Pricing calls the legislation, “a first step in repairing the broken prescription market” (emphasis added).

As any businessperson knows, if you price a product too far above the cost of production you’re inviting competition to enter the market, thereby offering consumers a potentially lower-priced alternative. In the pharmaceutical industry this is often difficult, not because there aren’t competitors willing to jump in, but because the barriers to entry imposed by the Food and Drug Administration are so high. The lengthy drug-approval process, the regulations governing product production, and the exclusive product marketing rights are just a few of the obstacles.

Should the government take this first step with drug companies, it will only be a matter of time until it turns its sights on other villains who are perceived to be price gouging the American people. Oil companies and their “obscene profits” would be next on the list, followed shortly by the “outrageous rates” of energy and utility companies, and on it would go.

Enhancing competition within the pharmaceutical industry, as with any industry, is the fastest way to impact pricing disparities. Instead of a slippery slope to price controls, Congress should look to the FDA with a message of “heal thyself.” The situation with Mylan’s EpiPen is just one symptom of a much larger sickness based in Washington.

Dr. Richard D. Kocur is an assistant professor of business at Grove City College. He specializes in marketing and business strategy and has over 25 years of experience in the healthcare industry.