My parents originally named me “Victory Japan” because my slightly premature birth resulted from mom and dad dancing in the streets of Saint Petersburg, Florida, on the night of August 16, 1945—the day after the United States won its last war. Seventy years is a lifetime by the Biblical standard of our allotted three score and 10 years. Go back to 1945 and subtract 70 and you are two years away from the end of Reconstruction.

In my lifetime Republicans blamed Democrats for “losing” China to communists and not winning in Korea while Democrats blamed Republicans for losing Vietnam and want to blame the GOP for losing Iraq. In this heated and increasingly bizarre presidential campaign season, with the rise of ISIS in Iraq and Syria, “Who lost Iraq?” has become a key issue. Predictably, Democrats blame former President George W. Bush while Republicans blame current President Barack H. Obama. 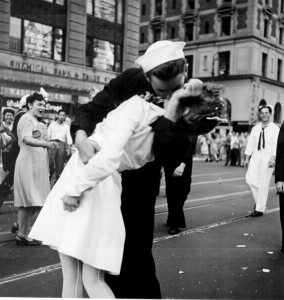 Read: V-J Day and Beyond

It was President Bush who on December 14, 2008, as he was about to leave office, signed a Status of Forces Agreement that stated, “All the United States Forces shall be withdrawn from all Iraqi territory no later than December 31, 2011.” While former Secretary of State Condoleezza Rice in her book No Higher Honor claims there was an understanding with then Iraqi President Nouri Maliki that a residual force might remain, it seems Maliki later “reneged.” Bush left it to Obama to negotiate a new understanding.

Leon Panetta, one of Obama’s secretaries of defense, claims in his book “Worthy Fights” that Maliki insisted a new agreement providing immunity from Iraqi prosecution of U.S. forces would never be accepted by the Iraqi parliament. Perhaps Maliki preferred chaos and Iranian domination to a tough political fight in his own parliament. Panetta wrote, “To my frustration the White House coordinated the negotiations but never really led them.” President Obama satisfied the documentation, blamed Bush, and withdrew the troops.

It’s a moot point since the Obama administration is losing the entire Middle East and Afghanistan to an Iranian-Russian “axis.” Meanwhile, the United States, a nation of 330,000,000 people, has politically devolved into a democratic mob choosing between a bombastic business mogul, a former secretary of state who may be indicted or inaugurated, and a self-declared socialist who honeymooned in the USSR. The question shouldn’t be “Who lost Iraq?” It should be “Who is losing the Middle East and Afghanistan?” Beyond that, the larger questions are “Who are we and what have we become as a people and a nation?” After all, we elected Barack Obama—twice.

The unmitigated evil ISIS does is meant to intimidate its co-religionists, terrify Christians and Jews, and enslave entire nations. It also issues from the mainstream of Saudi Wahhabism, a form of Islam that originated in 18th century Arabia. Millions adhere to it and mean to foist it on the Judeo-Christian West from Eastern and Western Europe and on to North and South America.

It is partially our fault that a ridiculous confluence of political progressivism and Eastern religious fundamentalism threatens the existence of Western society. During the last quarter century, many Christians and Jews in Europe and North America abandoned their religious faith for a postmodern philosophy spawned by leftist academic, religious, and political elites who reject notions of definitive truth and absolutes like good and evil. Believing in little to nothing invites those who fervently embrace a cause, no matter how ill-informed or intellectually bankrupt, to attack and destroy us. 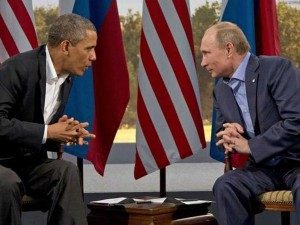 When President Obama, former President Bill Clinton, presidential candidates Hillary Clinton, and Bernie Sanders refuse to recognize the evil inherent in Salafist Islam, they empower Al-Qaeda and ISIS. We, as a people, have weakened our own academic and religious institutions and by extension our body politic by not acknowledging evil for what it is. Consequently, we are confused to the point that we cannot or will not act to destroy the very real threats we face.

The recent political debates—regardless of parties—are illustrative. Republicans insult and snipe at each other over ridiculous issues like who can or cannot speak Spanish, while Democrats spew bilge about America being a society of racists and homophobic bigots unwelcoming to immigrants and refugees. When political debate devolves to candidates campaigning for the American presidency by performing skits on “Saturday Night Live,” it’s clear we are a confused people who lost not only Iraq but also are about to lose ourselves to a postmodern world of our own making.

Forget who lost Iraq? It’s gone. From Libya to Afghanistan, the Russians and Iranians are filling a vacuum created by the feckless foreign policies of the past eight years.