Thirty-five years ago, on June 7, 1982, Ronald Reagan and Pope John Paul II met for the first time at the Vatican. The two were of one mind and one mission.

It had been a little over year since both had been shot and nearly bled to death. Now, they talked alone in the Vatican Library. The attempted assassinations were raised right away. Reagan told the pontiff: “Look how the evil forces were put in our way and how Providence intervened.”

Bill Clark, Reagan’s closest aide, said that both men referred to the “miraculous” fact they had survived. And now, “because of their mutual interests,” said Clark, they came together to “form some sort of collaboration.”

What kind of collaboration? One that would truly change history.

The Protestant and Catholic, said Clark, shared a “unity” in spiritual views and in their “vision on the Soviet empire.” That day in Rome, said Clark, they discussed their joint sense that they had been given “a spiritual mission—a special role in the divine plan of life,” and agreed that “atheistic communism lived a lie that, when fully understood, must ultimately fail.”

The two leaders, temporal and spiritual, also had mutual ideas on what should be done to end the Cold War. Reagan told the pope that “hope remains,” most notably in the battleground that was Poland. “We, working together,” he told the Polish pontiff, “can keep it alive.”

They sure did. Pio Laghi, the pope’s representative to the United States, would say of this Reagan-John Paul II meeting: “Nobody believed the collapse of communism would happen this fast or on this timetable. But in their first meeting, Holy Father and president committed themselves and the institutions of the Church and America to such a goal. And from that day, the focus was to bring it about.”

And aside from the singular purpose, the two men held much more in common. Both bravely fought what John Paul II dubbed the “Culture of Death,” affirming what Reagan called “the transcendent right to life of all human beings, the right without which no other rights have any meaning,” and what John Paul II called “the first of the fundamental rights, the right to life.” Reagan said that “every per­son is a sacred reality;” John Paul II said that every person is “a unique and unrepeatable gift of God.” They both insisted upon the interdependence of faith and freedom, the principle of subsidiarity, and the need to speak out unequivocally against evil.

All of which brings me to Donald Trump and Pope Francis.

Think about it. Regardless of their respective strengths and weaknesses, it’s hard to find a lot of shared outlook between the man in the White House today and the man in the Vatican today. Do they possess a mutual understanding of what currently serves as the great global menace, or how to defeat it? What would President Trump and Pope Francis list as the dominant threats today? Radical Islam? Trump might, but not in the way—or certainly not with the preferred response—that Francis would. 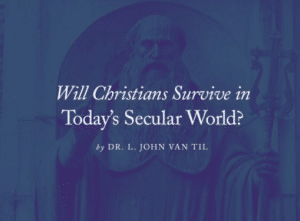 Will Christians Survive in Today’s Secular World? Click here to read the article.

Now, that said, this meeting could surprise people, and disappoint those looking for fireworks. Sure, the optics will be intriguing. But as for pundits hoping for a fight, I think they’ll be disappointed.

After all, personality-wise, maybe the two men aren’t terribly dissimilar. Both have strong personalities; they are colorful, outspoken, and infamous for off-the-cuff comments. Neither is afraid to speak his mind, or stick his foot in his mouth. Pope Francis on an airplane with an open mic can be as freewheeling as Donald Trump with his Twitter account unmonitored by Kellyanne Conway, leaving lots of clean-up for spokespeople. The two men both operate with a folksy candor sometimes endearing and sometimes maddening. They might get along better than people assume.

I don’t expect a verbal sparring match over “building walls.” Francis is too winsome to provoke a contentious disagreement. He’s a pope of mercy who preaches forgiveness and decries malevolence. I expect him to treat Trump well. And when Trump is treated well, he usually responds in kind.

Moreover, it’s crucial to realize that there actually is some common ground. One is religious persecution. Both men are concerned with Islamist attacks on Christians, especially in the Middle East and Syria. In the United States, Francis is surely pleased with Trump’s moves thus far to protect religious freedom, particularly his pro-life steps, from banning funding of International Planned Parenthood to seeking to nominate judges who will protect the rights of the likes of the Little Sisters of the Poor.

And surely, Francis should be heartened that Trump—for his first presidential trip abroad—chose to go to the Vatican. That’s a significant gesture.

As for Trump, the brash New York swagger might be tempered by the sheer majesty of the St. Peter’s environs. As one pundit told me, “trips to the Vatican” change people. They do. So do meetings with the pope.

But again, unlike Ronald Reagan and Pope John Paul II, I don’t perceive a grand historical-spiritual vision among Donald Trump and Pope Francis. I have no lofty historic hopes for this relationship. However, if a lesson can be learned from Reagan-John Paul II, it’s this: When a president and a pope come together with some significant goal in mind, important things can happen. Good things can result. That’s something for this president and his staff to think about very prudently.