“The Slaughterhouse of the World” – The Battle of Verdun at 100

The Battle of Verdun started 100 years ago this February, and lasted through the year, finishing in December 1916.

At 7:15 a.m. on February 21, the 1,200 guns of the German Fifth Army began a bombardment to signal the beginning of the Battle of Verdun. “Every new explosion is a new attack, a new fatigue, a new affliction,” related a French soldier about the experience of a barrage, leaving men with “hardly enough strength left to pray to God.” The affliction of the German barrage was beyond anything yet experienced in the Great War. Over the next 10 hours, literally a million shells were fired against French positions along a 19-mile front.

Verdun, in and of itself, was an inconsequential French hamlet in 1914. The name Verdun, however, became synonymous with the Great War because the town was vitally important in terms of where it lay. Ringed by modern fortifications, built at a furious pace by the French government to protect against a future German invasion, Verdun was the lynchpin of the French defensive system on the Western Front. Had Verdun fallen, there was little, at least in the way of natural obstacles let alone fortified positions, between the German army and the environs of Paris. 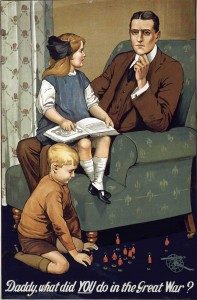 Read: WWI and the Second Fall of Man

To General Eric Falkenhayn, chief of the German general staff, Verdun represented an opportunity to break the stalemate of the Western Front. His motivations remain cloudy mostly due to his post-war reminiscences in which he seemingly tried to justify his effort as a strategy to “bleed the French white.” Rather than capturing Verdun, he argued after the war, he intended to simply threaten it to such an extent that the French would be forced to commit massive numbers of troops in costly offensives to regain their position. The hoped-for grand maneuvers of masses of men, which still danced like phantoms in the minds of military planners as the means to total victory, would be replaced by a brutal war of attrition. Regardless of his motivation, a costly attritional struggle was what he would produce.

The Battle of Verdun contained the whole gamut of human experience, from bravery to cowardice, from heroism to horror. Like all human affairs, it even had elements of a farce. The most modern of the French defensive fortifications, Fort Douamont, was captured by sheer happenstance. A group of Brandenbergers, as much looking to find an entrance to the fort to take shelter from their own artillery as to capture it, were able to surprise the paltry defensive force of French reservists armed with antiquated rifles. This critical fort, whose loss one French commander believed would cost the French 100,000 lives to retake, was left in the hand of reservists because no clear orders to defend Douamont had been delivered to active French units.

As much as Verdun symbolized the human element of war, it also encapsulated the particular horrors of the Great War. It showed what was possible when humanity melded national will alongside the ingenuity of industry. The opening German barrage was just a precursor of what was to come. During the battle the Germans would fire nearly 22 million shells with the French replying in kind. A French soldier wrote, “It’s an unending hell … in a word, it is solitude in all its horror; when will this veritable martyrdom end?” The end would come after 303 days of unimaginable slaughter. The French and German forces engaged would suffer over 700,000 casualties all to achieve, fundamentally, stasis. The end of the fighting had brought a shift to the lines but no victory. The Germans were not able to take Verdun, but were not pushed out of their positions around it until 1918. 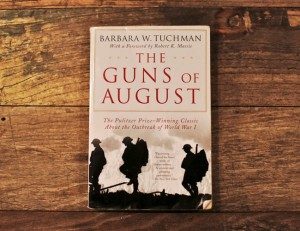 Read: Revisiting the Guns of August

In Barbara Tuchman’s magisterial work, “The Guns of August,” she argued that the funeral of Edward VII of England in 1910, attended by nine kings of Europe, represented the end of an era as “the sun of the old world” set in “a dying blaze of splendor.” If she was correct, Verdun stands as the piercing brightness of the dawn of the 20th century. This century would see man’s military capabilities reach near apocalyptic levels matched only by man’s ingenuity creating new and more potent rationales for killing their fellow men.

The Ossuary at Douamont is perhaps the most striking and fitting symbols of the Battle of Verdun. Not only is it the largest French military cemetery, containing the graves of over 16,000 men, it also grisly illustrates the ultimate result of all of the Verduns in human history. Beneath the towering ossuary, visible through small windows, are the piled bones of over 130,000 unidentified French and German soldiers. United by death in grim solidarity, these bones chillingly relate that man has much more in common in death than ever was different in life.

An American ambulance driver described Verdun as “the slaughterhouse of the world.” The bones of these forgotten men serve as a noble challenge to every visitor to count the cost of any future struggle lest we permit another slaughterhouse to be created in our names.