Social psychologist Jonathan Haidt has cracked the code on why it’s so hard for liberals and conservatives to find common ground. That’s a big deal. But an even more important benefit of his book, “The Righteous Mind:  Why Good People are Divided by Politics and Religion,” is its value in helping conservatives understand liberals, and vice versa.

Haidt’s book and the body of work it encompasses are all that’s good and noble about true social science. In seeking to understand the roots of moral reasoning, it integrates a huge swathe of disciplines, is meticulously empirical, and leads the researcher to unavoidable but surprising conclusions. Haidt explains the gist of his research in a fascinating talk and in many online lectures. For our purposes here, the argument rests on two fundamental findings.

The first element of Haidt’s “moral foundations theory” is that the vast majority of moral reasoning rests on six foundations:

The resulting “moral foundations” continuum aligns left to right (liberal to conservative) in political ideologies. To illustrate, think of Care/Harm as cherishing and protecting the oppressed and think of Fairness/Cheating as rendering justice according to shared rules or values. These are the most “liberal” of Haidt’s moral pillars. The right-most two pillars—Authority/Subversion and Sanctity/Degradation—emphasize obeying tradition and legitimate authority and holding transcendent categories of behavior or belief as sacrosanct (or abhorrent).

These foundations help us categorize people based on their most essential moral beliefs. Those who tend to see morality mostly through the prisms of Care/Harm and Fairness/Cheating are “liberal.” If your moral compass tends more toward Authority/Subversion and Sanctity/Degradation, you are “conservative.” Simple enough. 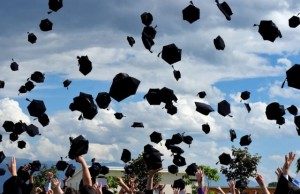 But Haidt’s second major discovery is far more consequential:  the concept of “the conservative advantage.” Based on painstaking cross-cultural social-psychological experimentation, Haidt establishes that the moral foundations of liberals and conservatives are not just different, they are dramatically unequal. The liberal moral matrix rests essentially entirely on the left-most foundations; the conservative moral foundation—though slanted to the right—rests upon all six.

This is a stunning finding with enormous implications. The first is that conservatives can relate to the moral thinking of liberals, but the converse is not true at all. Haidt, who is liberal himself, elegantly explains how and why conservatives will view liberals as merely misguided while liberals tend to view conservatives as incomprehensible, insane, immoral, etc.

Another implication is that liberal prescriptions tend to be incredibly single-minded as compared to those of conservatives. Haidt uses the metaphor of a bee hive to illustrate. A liberal, finding a bee in the hive suffering from injustice, is motivated more or less exclusively by the desire to get justice for the bee. A conservative, being partially driven by the Care/Harm foundation, also desires to alleviate the injustice, but tries to find a solution that also contemplates the survival of the hive itself.

Liberals seek to create justice and equity; whether doing so harms core institutions simply doesn’t enter into their moral reasoning. Conservatives, in contrast to their typical caricature, do care about justice and fairness, they merely cherish vital institutions relatively more. If there’s a conflict, conservatives will err toward protecting institutions.

And this is precisely why the “conservative advantage” is a far bigger deal than Jonathan Haidt had likely envisioned. Everyone cares about suffering and injustice. But most everyone (except liberals) also believes that maintaining core societal foundations is a legitimate, reasonable moral value.

Sadly, “The Righteous Mind” proves irrefutably that trying to explain to liberals that their solutions might undermine vital institutions is fruitless. They cannot and will not relate, or even concede that such concerns fall into the realm of moral reasoning. The good news is that a coalition can be built among the rest of us who understand that destroying the hive to benefit the lone bee results inescapably in suffering for all. 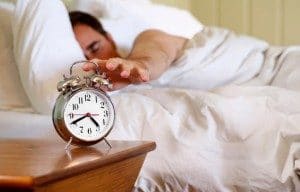 When liberals promote public policies that might help resolve injustices in the short-term while undermining higher-order values (the family, the rule of law, separation of powers, religious liberty), conservatives must thoroughly articulate the long-term consequences to the vast majority of people whose moral foundations span more than the left-most side of the continuum.

Plenty of examples exist. Aid to families with dependent children might have provided relief for many single mothers, but also arguably helped destroy the very notion of “family” in the same precincts. Sanctuary cities protect illegal immigrants but make a mockery of the rule of law and increase risks to all. HUD’s “Affirmatively Furthering Fair Housing” proposal may increase diversity in certain neighborhoods, but with what impact on foundational notions of individual liberty and property?  Or, consider the current debate over same-sex marriage.  Is there a way to find fairness and justice for the fraction of homosexuals who want to have legal unions in a way that doesn’t do harm to the very institution of traditional marriage?  This concern, an overriding one for conservatives, is incomprehensible to most liberals and very likely considered “hate” by many.

Against this vexing backdrop, the “conservative advantage” provides a modicum of hope and help. The alternative is to stay silent and allow our proverbial bee hives to be weakened into oblivion. As Haidt so thoroughly demonstrates, only the truly liberal few live in blissful indifference toward that eventuality.

Dr. R.B.A. Di Muccio is a guest commentator for the Institute for Faith and Freedom at Grove City College. A former assistant professor and chair of the international relations program in the Political Science Department at the University of Florida, he is now vice president of research and advisory services for a global business advisory firm. He received his Ph.D. in international relations from the University of Southern California.