We are in a blessed time now that the medical profession is more likely to heal us than to kill us by its ministrations. In the ancient world, to go to a physician was a gamble, often subjecting patients to such hair-raising horrors as bloodletting. And snake oil remedies were common. The ancients did the best they could, and we moderns don’t give them the credit they deserve. The general attitude towards physicians was summed up by the Roman poet Martial: “Until recently, Diaulus was a doctor; now he is an undertaker. He is still doing as an undertaker, what he used to do as a doctor.” Arguably, not until the 20th century were we more likely to be healed than hurt by our doctors.

A physician of earlier centuries had precious few effective medicines to offer. Willow-tree extract contained salicylates and has been used since antiquity for pain relief; it is the basis for aspirin (acetylsalicylic acid). 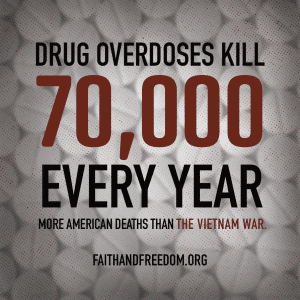 Perhaps the most powerful physician’s ally was opium. Also very ancient, and derived from the seed-head of the opium poppy (Papaver somniferum), opium had pain-relief properties without peer in the physician’s pharmacopeia, able to relieve pain that aspirin or willow-tree remedies couldn’t touch. It was a double-edged sword: because physicians knew it was effective, they prescribed it for all kinds of ailments, and, as a result, many patients became addicted. Even William Wilberforce, the great British abolitionist, was addicted to opium, which had been prescribed for intestinal ailments.

Opium contains many bioactive and psychotropic molecules, the most important of which may be morphine, first purified from the opium poppy exudate in 1805. Since then other derivatives or variants of morphine have been synthesized for their analgesic (pain killing) properties. For the purposes of this article, I will refer to morphine and its variants as “opioids,” referring to any molecule that binds to the opioid receptor in the brain. Opioids alter one’s state of consciousness and can give one a sense of euphoria—one reason for their illicit, recreational use. Opioids are also addictive and their withdrawal symptoms are often severe.

Opioid addiction kills most of the 70,000 Americans who die each year of drug overdose. That number is staggering and exceeds the number of Americans killed during the entirety of the Vietnam War. Such an enormity cries out for a response. We might attack this problem by stigmatizing or prosecuting physicians who prescribe opioids for pain alleviation or going after the patients who need them. If we act by quick reflexes and simply ban opioids or restrict them from proper medical use, we will remove one of our greatest resources. Opioids allow those afflicted by extreme, chronic pain to function reasonably well and perhaps enjoy their lives.

In reality, the opioid crisis is not one crisis but several. According to an article on the American Council on Science and Health (ACSH) website, opioid prescriptions in the United States doubled from 2003-2013, but this increase does not appear to be responsible for the majority of deaths due to addiction and drug overdosing. For example, in recent years the number of deaths per capita due to opioid overdose does not appear to be correlated with the number of opioid prescriptions written by physicians per capita.

Opioids are powerful drugs.  If opioids are prescribed for extreme pain, physicians recommend that their patients get off the opioid as soon as they can tolerate it and use a milder pain reliever. When physicians prescribe the proper opioid for the proper length of time, addiction is not usually a problem. Much of the caution leading to today’s restrictions makes the exception the rule—some are extremely sensitive to addiction and all should be carefully monitored. What about the case of people with chronic, excruciating pain? What is to be done with them? Physicians are becoming increasingly intimidated from prescribing opioids for crippling pain, or they cut off the prescription after too short a time. What is to be done for the sufferers?

The fact is that some types of severe pain, like post-surgical pain or intractable chronic pain, cannot be alleviated by other drugs or pain-relief protocols. For this kind of pain, taking over-the-counter pain relievers like aspirin is like shooting Godzilla with a spitball. Only opioids will do.

This kind of excruciating pain will drive people to do anything to alleviate it. If sufferers cannot obtain these drugs from their physicians with whom they have legitimate healing relationships, they will obtain them from illicit sources. It is an act of desperation.

This is the real driver for the opioid epidemic—illicit drug use. Opioids are worse when mixed with other drugs, as is often the case. According to the American Society of Addictive Medicine (ASMC), “Four in five new heroin users started out misusing prescription painkillers.” The ASMC also says that the inaccessibility of prescription opioids or the expense of them drove most users to obtain heroin illicitly. The largest contributors to opioid overdose mortality are the drugs fentanyl and heroin, obtained illegally, with much of the fentanyl being smuggled in from China. Fentanyl is much more powerful than other classes of opioids. Its average lethal dose (LD50) is much smaller than for the other opioids—one would need to be a trained chemist to dose it out accurately. Thus it is far too easy for the untrained person to overdose on fentanyl. Some of fentanyl’s derivatives or chemical analogs are even more harmful and potent—ghastly, in fact.

When considering the application of science to society, one always deals with the is/ought bifurcation. Science can give data and tell us what is, but ultimately legislation instantiates a society’s response to a crisis and suggests what we ought to do. The opioid crisis is a case in point. It is difficult to know why so many seek refuge in drug addiction or how to deal with what is surely an existential crisis. However, opioids are amazing drugs, properly used, and there is no replacement for them. It would be tragic to restrict their use for those patients who genuinely need them. It would be equally tragic not to try to diagnose and ameliorate the societal variables that are driving people to drug addiction.

Dr. Glenn A. Marsch is a professor of physics at Grove City College where he teaches physics and an innovative course, Studies in Science, Faith and Technology. He is a contributing scholar with the Institute for Faith and Freedom. During a sabbatical in 2013, he was a visiting research professor in the Department of Biochemistry at Vanderbilt University conducting biophysics research on drug-metabolizing enzymes in the laboratory of F. Peter Guengerich.