As a new teacher at Grove City College, I thought it appropriate to start my upper-level humanities course by informing the students of my broad educational philosophy:

I am over fifty. I no longer care what anyone except my wife thinks about me. That particularly applies to anyone under the age of thirty-five. You should therefore feel free to disagree with me on anything I say because it is virtually impossible to offend me. But I must also add that, old and closed-minded as I am, I have no vested interest in holding an incorrect opinion on anything. Therefore, if you think I am wrong on some issue, be it historical, philosophical, or ethical, then you are under a moral obligation to persuade me to change my mind. But when you do so, please give me an argument, not some emotional plea based on your feelings. After all, if you simply feel I am wrong and I simply feel I am right, we’ll quickly find ourselves at an impasse.

That is my philosophy of education in miniature: I want to teach my students to think, which means the classroom must be a place where I challenge them and where they are free to challenge me. That is the only way true learning can be achieved in an ethical manner. It is not political, in that it privileges neither the right nor the left. It privileges only the common humanity of teacher and student. And yet it seems such a philosophy is under increasing pressure from the usual suspects. In today’s world, loud voices claim that free inquiry and open discussion are no longer part of the solution to society’s ills; they have become the foundation of the problem.

Take, for example, the latest skirmish in the TERF Wars. At Goldsmiths University in London, LGBTQ activists have not only been waging a campaign to identify and presumably oust any faculty member who refuses to give unconditional support to transgender ideology. They have also suggested that any bigots who disagree should be dispatched to the gulags for re-education. Such silly analogies are common in the world of online polemics; what raises this silliness to the level of malevolent absurdity is that the students, after their proposal was criticized, attempted to justify it by claiming the gulags were compassionate educational institutions.

The incident reveals catastrophic cultural and historical ignorance. This should not surprise. The humanities have been subject to ruthless politicization and concomitant trivialization over the years. I doubt those recommending the gulags have ever studied them. And I doubt they have taken the time to read Solzhenitsyn’s novella, One Day in the Life of Ivan Denisovich, or his magisterial Gulag Archipelago trilogy. Why would they bother, when their teachers have told them the history that portrays the gulags as morally significant has been constructed by white conservative males—men with a vested interested in rewriting history to disguise their own imperial atrocities?

Notably, this ignorance is closely tied to the wider questions of sex and identity highlighted by this incident. Long before the rise of transgenderism, Philip Rieff pointed to the anti-historical dimension of the sexual revolution, arguing that it depends on overthrowing historical norms of sexual behavior. It can involve specific acts that repudiate history. The example he gave was abortion. In a memorable if rather distasteful passage, he described abortion as a literal flushing away of the sexual act’s historical evidence. Transgenderism embodies this anti-historical tendency in its very repudiation of the body. Caitlyn Jenner is walking evidence of the desire to erase Bruce, just as every transgender person is a denial of the reality of his birth and prior life. 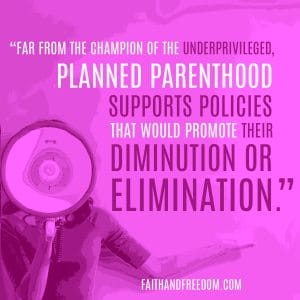 It is not surprising, then, that the transgender activists of Goldsmiths should prefer historical solecisms to Solzhenitsyn. History has only two functions for them: It is either an account of oppression to be overcome, or it is just another plastic body of evidence that can be twisted to fit any particular identity or policy which catches their fancy.

Above all, the incident reveals a different philosophy of education than the one I outlined to my class. It is not surprising that gulags appeal to such radicals because that is what they are trying to turn the university system into. The food might be better, the accommodation more pleasant, and with a three- to four-year sentence, the chances of coming out alive are pretty good. But the purpose is totalitarian: teachers of political orthodoxy cloning themselves through the student body. And that is a very dangerous tendency.

Carl R. Trueman is professor of Biblical and Religious Studies at Grove City College. He is a graduate of the Universities of Cambridge and Aberdeen and has taught on the faculties of the Universities of Nottingham and Aberdeen and Westminster Theological Seminary. Most recently, he was the William E. Simon Visiting Fellow in Religion and Public Life in the James Madison Program at Princeton University. He writes regularly at First Things and Modern Reformation and co-hosts a weekly podcast, The Mortification of Spin, for the Alliance of Confessing Evangelicals.