The New Conservative Legal Mainstream—and Why the Left is Worried

Senators Chuck Schumer and Patrick Leahy claimed that newly confirmed Supreme Court Justice Neil Gorsuch was not in the “legal mainstream.” They were referring to the “living Constitution” approach to constitutional interpretation. That interpretative approach, still thriving today and embraced by the liberal left, says that the U.S. Constitution should be a document that judges regard as one “that evolves, changes, over time, and adapts to new circumstances, without being formally amended.”

This liberal mainstream might have been strong enough in 1987 to sweep away the confirmation chances of Robert Bork. However, these senators have failed to recognize that a new conservative legal channel has been gradually cut in the “river of American judicial philosophy,” so that now there are two competing mainstreams, not just one.

The New Conservative Legal Mainstream has its foundation in the originalist/textualist approach to constitutional interpretation often identified with the late Justice Antonin Scalia and the late Robert Bork. Scalia’s oft-quoted sentence provides a summary: “The Constitution that I interpret and apply is not living but dead, or as I prefer to call it, enduring. It means today not what current society, much less the court, thinks it ought to mean, but what it meant when it was adopted.”

This is not a static view never allowing for change. Rather, legislators who seek to change the Constitution should use the amendment process provided for in Article V. Originalist constitutional scholar William Baude puts it succinctly, “[L]aw laid down by the framers in the Constitution remains binding until we legally change it, such as through the amendment process … the words in the Constitution have the same meaning over time, even if modern circumstances change and even if we wish the words meant something else.” Note that even though we are calling this approach “new” it was the predominate approach to interpretation for the greater part of American constitutional history, but was gradually eroded in the Progressive Era, in the late New Deal and thereafter.

The liberal media are waking up to the existence of this New Conservative Legal Mainstream. They have been made painfully aware of this new legal movement by President Donald Trump’s appointment of Neil Gorsuch, and, most recently, by his nomination of originalist/textualist judges for Federal Courts of Appeals posts. A recent headline from Salon captures the tone of alarm from the left’s perspective: “Donald Trump is Radicalizing America’s Court System Before Our Eyes.”

Put more accurately, President Trump adeptly made use of this New Conservative Legal Mainstream. What are its origins and why is the left so concerned about it?

The story is a complex one stretching over the last four decades. Political science professor, Steven Teles, has provided considerable detail in his book, The Rise of the Conservative Legal Movement. Teles chronicles the formation of this New Legal Mainstream, which began in the 1970s. The varied intellectual “tributaries” flowing into this new mainstream gradually gave it breadth and depth. According to Teles, the movement began in 1973 with the first conservative public interest law firm, the Pacific Legal Foundation, created to defend private property rights, limited government and freedom of enterprise. Organizations with more of a libertarian agenda like the Institute for Justice and Cato Institute fought hyper-regulation and big government on various fronts. Teles also discusses the contributions of the various law and economics centers that focused on educating judges about conservative economic thinking led by Richard Posner and Henry Manne. This part of the conservative legal movement eventually resulted in the formation of a new law school with a conservative bent, George Mason University. There was the religious liberty wing of this movement spearheaded by the Alliance Defending Freedom, American Center for Law and Justice, and the Becket Fund along with alternative schooling organizations like Homeschool Legal Defense Fund. And there is, of course, Mark Levin’s Landmark Legal Foundation. 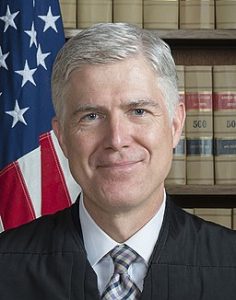 At the same time the remarkable work of the Heritage Foundation helped to undergird the New Conservative Legal Movement with its issue papers, events, and personnel. Perhaps the most unexpected channel-cutting into the old liberal legal orthodoxy was the founding, by law students, of Federalist Societies on various law school campuses starting in the 1980s, beginning with Yale and Chicago. (Robert Bork at Chicago and Antonin Scalia at Yale were among the early faculty advisers.) These societies were dedicated to this respectful view of the Constitution of the Founders, and their members were interested in discussing and refining counter arguments to the liberal/left mainstream. Eventually, practicing lawyers joined local chapters of the Federalist Society until today these societies constitute a network of law student, lawyers, legal scholars, legal defense organizations, conservative funding sources, and sitting judges who have adopted this way of thinking about constitutional and statutory questions.

This partial listing leaves out many entities that have and continue feeding into the richness of the New Conservative Legal Mainstream. One has only to read the long list of “friend of the court briefs” from conservative/libertarian public advocacy organizations, submitted to the Supreme Court on a given case, to appreciate the strength of this new mainstream. Most recently, the relative ease with which Leonard Leo, on leave from the Federalist Society, was able to provide President Trump with a substantial list of judges whose judicial philosophy is primarily originalist/textualist serves as an indicator of the magnitude of resources now challenging the legal left.

But why all the concern by the liberals? After all, the judges being nominated see their roles as limited and bound by the framers’ meanings and the texts and structures of the constitutional documents. Doesn’t such a view of the judge’s function guarantee that the federal courts will once again become what Hamilton called “the least dangerous branch?”

Well, that is precisely the fear of the left!

The courts will no longer do the left’s bidding. Over the last four decades in particular, when the liberal-progressive policy agenda could not find legislative support, the left came to rely on the courts for a living, organic and expansive interpretation of the Constitution. That approach gave us a burgeoning federal government, the deep erosion of respect for state governments as part of our system of federalism, unchecked regulatory discretion, the federalization of the criminal law, and judicially concocted rights of abortion and same-sex unions, just to name a few of the results.

What senators like Chuck Schumer and Pat Leahy are worried about is that judges in the New Conservative Legal Mainstream will end, or at least curtail, the availability of the federal judiciary to make liberal/left policy. If our nation is to be returned to the true rule of law, then President Trump and his administration should make the nomination of conservative federal judges, at all levels, their primary concern. No item on the Trump legislative agenda is more important to the lasting protection of limited constitutional government than these lifetime federal appointments.

About John A. Sparks

Dr. John A. Sparks is the retired dean of Arts & Letters at Grove City College and a fellow for Institute for Faith and Freedom. He is a graduate of the University of Michigan Law School and a member of the State Bar of Pennsylvania. He is a frequent contributor of articles based upon U.S. Supreme Court developments.