Speech, Art, and the Masterpiece Cakeshop

The culture wars will flare up again when the Supreme Court soon decides whether Colorado baker Jack Phillips may refuse to bake cakes for same-sex weddings. Charlie Craig and David Mullins sued the baker after he declined their cake request in 2012. State bureaucrats subsequently found Phillips guilty of discrimination. Now, in Masterpiece Cakeshop Ltd. v. Colorado Civil Rights Commission, the baker argues that, as a form of art, making wedding cakes is constitutionally protected against compelled speech.

Phillips invokes a 1943 Supreme Court ruling that the state may not force school students to recite the Pledge of Allegiance. Last year, the ACLU cited the same case, West Virginia Board of Education v. Barnette, to assert student athletes’ right to “take a knee” during the national anthem. While protecting these expressive activities may be uncontroversial, many find Phillips’ argument hard to swallow.

Some object that ruling for Phillips would license discrimination. After hearing oral arguments last December, justices worried that unclear speech definitions would produce a slippery slope where hairdressers, jewelers, and others could use speech protections to “boycott” same-sex weddings. Columnist Dana Milbank likened it to Jim Crow for gay people.

But as serious as discrimination is, compelled speech is also a weighty harm.

Inconsistent criteria for determining discrimination threatens to open antidiscrimination law for abuse. Consider that Phillips has served gay customers while declining requests for lewd, Halloween, and divorce-themed cakes. He chooses projects based on their themes, not the customer’s protected status. Yet, Colorado dismissed this rationale as a “distinction without a difference.” The state’s failure to recognize Phillips’ reasoning seems unjustified, especially when it acknowledged other bakers’ autonomy to decline objectionable proposals. 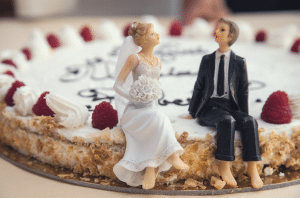 Another tack to deny Phillips protection insists that cake is food, not speech. George Will thinks cake can be “food for thought,” but is food foremost. Milbank chimes wryly that ordinary consumers see cake as dessert, if not breakfast when in “muffin form.” These columnists are saying that because an item has one function, it can’t have another. This unserious logic would compel students to pledge and athletes to stand because flags are for saluting, not protesting. It’s a false dilemma. What’s more, same-sex marriage proponents rejected teleological dogmatism pre-Obergefell, but embrace it now.

A better objection admits that although cakes can be expressive, it’s the customer, not the baker, who “owns” the message. To prove this point, one symposium contributor at SCOTUS blog invites us to imagine a bossy wedding photographer dictating how the ceremony must transpire, even down to what words must be said. But this falsely supposes that commercial artists are totalitarian czars or else dispassionate technicians—what another contributor calls mere “conduits of expression.”

Wedding-service providers aren’t Ayn Randian egoists aiming to exchange services with cold stoicism. Rather, common experience affirms that warm smiles and effusive affirmations are their trademark. More than conduits and less than czars, wedding artists are collaborators who consent to work with their customers’ celebratory visions.

Ultimately, who owns or originates a message is irrelevant to why the Constitution bars speech compulsion. Phillips’ petition quotes Barnette that the point is to protect the private citizen from uttering “what is not in his mind.” On this basis the Supreme Court protected from punishment not just students from saying the Pledge, but an automobile owner who covered up the state motto “Live Free or Die” on his license plate. Hardly anyone would attribute either of these messages to their respective speakers.

Still, one might say that as a commercial bakery, Masterpiece Cakeshop is bound by public accommodation laws. But commercial artists enjoy broad speech protection. Phillips argues that cake baking satisfies the same court test that protects commercial tattooing as art. Both are visual arts, each entailing a design process inseparable from its end product. This process is vulnerable to compulsion because it involves the “subtle shaping of thought.” Forcing others to think certain thoughts or express certain sentiments violates their autonomy and dignity.

Given these strong threads of Phillips’ argument, what explains his opponents’ dismissiveness? Sociologist James Davison Hunter once observed:

The capacity of a social group or movement to make its particular preferences and practices seem natural is the key to its control; these particularities become standard throughout society while shrouded in a cloak of neutrality.

Phillips’ critics try to pass off their preference for coercing religious conservatives as common sense. But ignoring reasonable distinctions, getting dogmatic about the telos of cakes, and imagining artists as dispassionate robots are hardly sensible. These moves fail to justify stripping wedding-cake bakers of their speech protections, especially while culture wars rage.

Lewis Waha holds an M.A. in Christian Apologetics from Biola University and is a freelance writer focusing on faith in the public square.