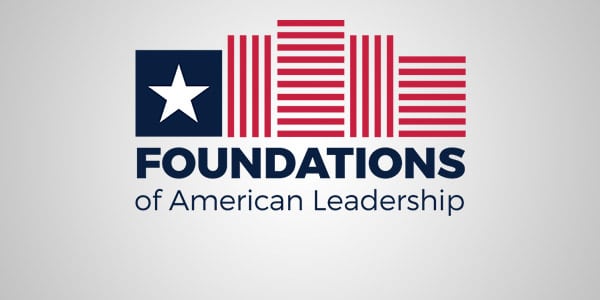 Continuing with the pursuit of teaching the next generation of American Leaders, the Institute for Faith & Freedom hosts a quarterly luncheon program:Foundations of American Leadership Series. These talks, held at the Rivers Club in Pittsburgh, PA, highlight some of the most important American leaders throughout our nation’s storied history. Talks have ranged from Benjamin Franklin to Whittaker Chambers and from Bill Clinton to James Madison. These talks provide a valuable forum for the Institute for Faith & Freedom to discuss important figures that stood for the same principles that the Institute seeks to espouse. The series has drawn hundreds of guests and features prominent scholars and thought leaders from across the country. At the Institute for Faith & Freedom, we view a love for truth and a love for liberty as inseparable allies. Liberty cannot long flourish in the absence of truth, and truth is not affirmed where liberty denied. In fact, America’s extraordinary achievement lies in the essential combination of both truth and liberty. Providing the popular Foundations of American Leadership Series fosters an environment for the study of liberty and truth in the lives of historic figures. Please consider joining us for our next Foundations of American Leadership Series. And we invite you to browse our archives of past lectures as well. We look forward to seeing you soon.

USS Indianapolis: Faith and Leadership in Uttermost Parts of the Sea

In the summer of 1945, World War II was churning toward its fiery climax. A new weapon had been born, a “destroyer of worlds.” During the last week of July, under the command of Captain Charles McVay III, USS Indianapolis delivered the core of this weapon—the world’s first atomic bomb—to its launch point, completing the most highly classified naval mission of the war. Four days later, a Japanese submarine spotted Indianapolis and struck her with two torpedoes.

Three hundred miles from the nearest land, Indy sank in just twelve minutes. Some three hundred men went down with the ship, while nearly nine hundred made it into the water alive. When a series of communication errors ashore delayed rescue, these men fought for survival for five nights and four days. Wearing only life jackets or nothing at all, they battled hunger, thirst, exhaustion, insanity, sharks — and finally, each other. Only 316 would survive.

The tale of USS Indianapolis, known to most as a shark story, is really a story of faith and leadership. Fighting for life in what the psalmist called “the uttermost parts of the sea,” in what did each man place his faith? In the words of one survivor, no man who went into the water an atheist was an atheist when he came out. Meanwhile, those who did survive would live out the answers to leadership questions God teaches only in extremis: What kind of man sacrifices himself to save his friends…and what kind sacrifices his friends to save himself?

Lynn Vincent’s latest book, written with filmmaker Sara Vladic, INDIANAPOLIS: The True Story of the Worst Sea Disaster in U.S. Navy History and the Fifty-Year Fight to Exonerate an Innocent Man, was an instant New York Times bestseller. While on active duty with the U.S. Navy, Lynn served during Operations Desert Shield and Desert Storm. Her military experience proved critical in writing Dog Company: A True Story of American Soldiers Abandoned by Their High Command (Center Street Books.) Written with former 101st Airborne infantry commander Captain Roger T. Hill, Dog Company released in April 2017. A veteran journalist and author of more than 1,000 articles, Lynn’s investigative pieces have been cited before Congress and the U.S. Supreme Court. She has been profiled in major media outlets, including Newsweek and The New Yorker. She is an accomplished writing instructor and public speaker, as well as the mother of the two handsomest, most brilliant sons in the universe. Lynn lives in the mountains east of San Diego with Danny, her husband of 30 years (and counting), and their three Labrador retrievers, Riggs, Abby and Treasure.

View Our Prior Lectures