Neil Gorsuch on Life, Liberty, and the Natural Law

Editor’s note: A version of this article first appeared at National Catholic Register.

In a stunning moment in the Supreme Court confirmation hearings for Neil Gorsuch, Senator Dianne Feinstein, a staunch supporter of so-called “abortion rights,” took umbrage with one of Gorsuch’s previous written statements. As Feinstein described it, “He [Gorsuch] believes there are no exceptions to the principle that ‘the intentional taking of a human life by private persons is always wrong.’”

Not to Senator Feinstein, sadly, for whom the alpha and omega is what her colleagues Nancy Pelosi and Hillary Clinton consider a “sacred right:” a woman’s “right to choose.” Roe v. Wade is sacrosanct in their eyes, and that’s the complete opposite of what Neil Gorsuch considers sacrosanct.

The Gorsuch statement that Feinstein was quoting comes from a 2006 book that he wrote on euthanasia and assisted suicide, published by Princeton University Press. In that book, Gorsuch wrote that “all human beings are intrinsically valuable and the intentional taking of human life by private persons is always wrong.”

As for me, I will choose that worldview over the Feinstein worldview any day.

Natural law affirms that we do what we ought to do according to nature, to our very nature. “What we ought to do is based on what we are,” writes Peter Kreeft. The natural law, notes Kreeft, is naturally known, by natural human reason and experience. You need not be a religious believer to know the natural law, even if that law (many of us believe) was written into nature by a Creator.

Really, it’s easier to give examples of natural law than a definition. Human sexuality demonstrates natural law so well because it’s so self-evident. Another violation of natural law is murder: one human life taking another. That’s a violation held by cultures and societies and governments of all times.

Natural law is as old and varied as the Old and New Testaments, as the Jewish and Christian faiths, as Aquinas and Augustine, as John Calvin and John Paul II, as Martin Luther King Jr. and Jacques Maritain. It is considered immutable and permanent throughout the variations of history, a universal rule that binds us all. As Augustine put it, natural law is “the law that is written in the human heart.” As Aquinas explained it, the natural law allows us to “know what we must do and what we must avoid. God has given this light or law at the creation.”

Of course, Augustine and Aquinas were Christians, but one need not be a Christian to understand what Thomas Jefferson referred to as “the Laws of Nature and Nature’s God.” Pre-Christian figures like Aristotle and Cicero spoke of this eternal law. “True law is right reason in agreement with nature,” stated Cicero. “It is of universal application, unchanging and everlasting.” 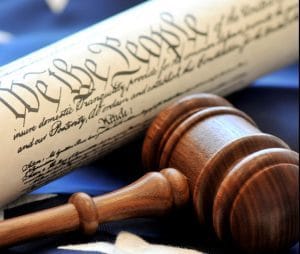 Read and watch: Natural Law and the United States Constitution

One of my former students got an answer in law school, when her progressive professor boldly proclaimed that “natural law doesn’t exist.” But I caution this professor that if he/she really believes this, then he/she must also reject the natural-law-based conclusions of tribunals such as Nuremberg after World War II, when the judges told Nazi officials that regardless of what Hitler’s laws stated, they should have known that what they were doing was wrong. To gas human beings and recycle their corpses into soap and lamp shades is an obvious violation of basic laws of humanity—no excuses.

Or, consider slavery and various civil-rights laws. One current libertarian writer states that “the greatest spokesman for natural law in the twentieth century was probably Martin Luther King, who denounced segregation not because of its technical complexities, but because it betrayed the natural law principles of the Declaration of Independence.”

This being the case, most progressives will do with natural law what they do with Biblical Law and other moral laws—they will pick the applications they like and ignore or reject those they don’t. Or, even more brazenly, they will try to remake the natural law in their own image.

But tell that to modern disciples of the dictatorship of relativism, where everything is deemed redefinable, from one’s gender to whether a human life is even considered a human life.

And that brings us back to Neil Gorsuch. 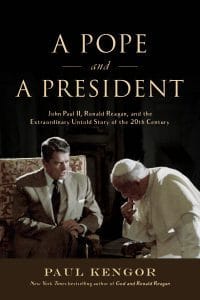 Gorsuch is incredibly well-educated. It’s difficult to find a more credentialed academic pedigree. He studied natural law while earning a Ph.D. at Oxford (he has a J.D. from Harvard) under one of the world’s preeminent authorities on natural law, John Finnis. Professor Finnis was Gorsuch’s dissertation adviser. He’s now on faculty at Notre Dame Law School and a professor emeritus at Oxford. Finnis’ best-known work is his Natural Law and Natural Rights.

It was there that he issued his statement on the inviolability of all human life, and how no human being should be able to take the life of another human being—the statement that Senator Feinstein found so reprehensible.

Gorsuch is also a defender of religious liberty, which Feinstein is likewise finding objectionable.

Take Gorsuch’s statement in support of the Little Sisters of the Poor, when the Obama administration tried to force the nuns to pay for abortion drugs. He wrote: “When a law demands that a person do something the person considers sinful, and the penalty for the refusal is a large financial penalty, then the law imposes a substantial burden on that person’s free exercise of religion.”

It’s good to have Supreme Court justices of this mind, not of the thinking of the likes of Senator Feinstein.

In all, this means that Neil Gorsuch’s thinking on issues like human life and religious liberty should be in concert with faithful Christians, and it should be sympathetic to the rights of those Christians against a government that tries to coerce them.