The Republican-proposed American Health Care Act (AHCA) that the House of Representatives is expected to vote on this Thursday has been called a bill that everybody dislikes for one reason or another. Democrats are hoping that the AHCA will be as unpopular as the 2010 Affordable Care Act (Obamacare) so that they can use the AHCA as a springboard for political gains just as Republicans rode the popular discontent with Obamacare to victory in the House, Senate, and White House. Libertarians and the conservative GOP Freedom Caucus in the House are appalled at what they perceive as the timidity of the proposed reforms. Even many of the Republicans who have announced their support for the bill are already planning further reforms to pursue in the coming months.

What explains this unhappy situation?

I sympathize with those who want to repeal Obamacare in its entirety. It was a terrible law that drove numerous insurance companies from health insurance markets across the country, leaving many areas with only one “choice” (“choice” as in, “What would you like for dinner, dear? We have Spam and Spam”). Obamacare deprived millions of Americans from their doctors of choice; it demolished old networks; it caused health-insurance premiums to soar; it resulted in millions of workers having to settle for working fewer hours and ending up with lower incomes; it put us on a trajectory toward the financial collapse of their entire health-insurance industry and closer to national bankruptcy. The problem with a simple and total repeal, though, is that repeal will not bring back the health care/health insurance world as it existed in 2010. Logistically, it just isn’t possible to erase the damage done during the last seven years. 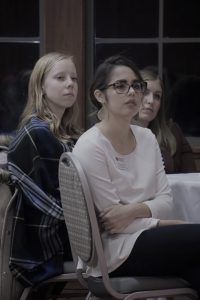 Help build the next generation of responsible American leaders one Student Fellow at a time.

Whatever changes Congress enacts to health care-related legislation, millions of Americans will have to endure additional upheavals. Millions who currently have health care insurance will lose it—some willingly (these are Americans whom Obamacare forced to buy insurance against their will), others unwillingly. A medical analogy may be useful here: The health-insurance industry was operated on to fix various defects, perceived and real, by President Obama and his progressive colleagues in Congress. Unfortunately, the procedure was botched, new injuries resulted, and the patient is bleeding to death. Washington needs to operate again to try to avert catastrophe. The problem is, no matter what reforms Republicans enact, they will cause pain, just like when doctors break bones that were improperly set in order to re-set them and hopefully restore the patient to healthy functioning.

On the positive side, AHCA will save immense sums of taxpayer money over the coming years. On the negative side, there will be (hopefully) temporary premium increases for many Americans, difficulties for financially wounded insurance companies expanding their services, and the most politically sensitive challenge of all: the fact that millions fear losing health insurance on which they have come to depend. You can bet that the rhetorical knives of the political left will be unsheathed and we will hear shrill declamations against evil, heartless Republicans.

In 2017, there really are only two political directions to go (and sadly, returning health care and insurance to free markets isn’t one of them at this stage): 1) The Republican approach, which is to lessen the damage, reduce the enormous and enormously expensive footprint of the federal government in health care and insurance, and try to incorporate some market-based principles; 2) the progressive path onward to nationalized health care. One of the hardest political feats to accomplish in a democracy is to withdraw benefits once voters have received them. Seen in that context, what happens to the AHCA and/or any of its successor bills will be of immense significance.

In addition to all that is at stake for health care and health insurance per se with this proposed bill, the political implications for the Trump agenda in general are enormous. It could be that stocks have tumbled this week out of fear that the AHCA won’t pass. Indeed, it won’t pass if the Republican majority in Congress becomes fragmented by the furor surrounding this bill, and if that is the case, the prospects for passing tax cuts and other legislation that eases the government burden on businesses, jobs, and wealth creation could fade rapidly and be replaced by a political gridlock that leaves the country floundering in an uneasy limbo.

The American Health Care Act may be a bitter pill to swallow, but if we don’t take the medicine now, our entire economy could quickly become seriously ill.