Feeling Good About America on a Chilly Autumn Evening

Don’t you love it when something heartwarming happens to you unexpectedly? That happened to me on October 1. My friend Ron invited me to go with him to Cleveland to see the game that night between the Indians and the Minnesota Twins. Neither of us had any connection to either of the teams (I’m a lifelong Tigers fan and Ron is a lifelong Pirates fan) but I had never seen Progressive (formerly Jacobs) Field before, so off we went.

From the moment we left the parking garage and walked a block to the ballpark, I felt comfortable. Usually, cities tense me up, but Cleveland had a small-town “vibe”—calm, safe, and peaceful. As we crossed the street to the stadium, we encountered a large statue of Larry Doby. That was a nostalgic moment for me. Doby was a Cleveland outfielder in the first major league baseball game I ever attended, way back in the 1950s at Briggs (later Tiger) Stadium in Detroit. For the benefit of younger readers who may not recognize his name, Doby is historically significant to major league baseball, because he was the first African-American to play in the American League, just as Jackie Robinson had broken the color barrier in the National League. A seven-time All-Star center fielder and Hall-of-Famer, Doby (along with teammate Satchel Paige) became the first African-American to be a World Series champion when the Indians won in 1954 after Doby led the league in home runs and RBIs. 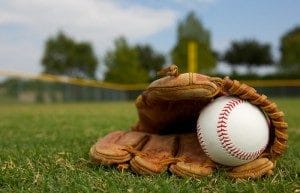 Snapping out of my nostalgic reverie, my thoughts shifted from past to present as we approached the turnstiles. My first impression: Baseball near the shore of Lake Erie on an October night is a chilly proposition! The cool wind off the lake is impossible to ignore. I can’t imagine what it would be like to play a World Series game there in November. Second impression: The people working at Progressive Field were as warm as the air was cold. I have never met people as uniformly friendly as the off-the-field team assembled by the Cleveland Baseball Club.

The security inspectors at the turnstiles were relaxed and affable. They treated us like welcomed guests instead of like cattle. The lady at the hamburger stand must have served thousands of other customers during the season, but she made me feel like I was her first-ever customer. She greeted me with a beaming smile, twinkling eyes, and overflowing kindness. The ushers, too, were helpful, courteous, and friendly. They took a personal interest in us rather than thinking of us as numbers in a crowd.

We had arrived early and soon went to escape the cold in the Terrace Club—an enclosed area—to wait there until the game started. We had already just eaten and didn’t need a table, so after checking out the Bob Feller exhibit in the waiting area, the cheerful hostess invited us to sit in a couple of comfortable chairs. 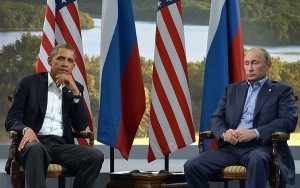 What happened next touched my heart. Out on the field, a young lady was ready to sing the national anthem. Ron and I rose, and then, almost to my surprise, every single person who was sitting in the restaurant area in front of us, also rose and doffed their caps. They could have stayed seated, being physically removed from the stadium seats by privacy glass, but they didn’t. God bless the people of Cleveland! They are true patriots.

For me, the good people we encountered that night at Progressive Field helped forge a bond with the city where my late mom grew up—a great American city with some of the friendliest people I have ever met. For you who have read this, I hope this story will be an encouraging reminder that there are a lot of good people in our country. This everyday goodness, not the evil done by a few warped individuals, is what America is really all about. We have a lot to be proud of and a lot to be grateful for.