I'm Embarrassed To Say Is Alive And Flourishing In Modern America

The modern eugenics movement is attributed to Sir Francis Galton (1822-1911), a half-cousin of Charles Darwin. Perhaps better known as the Father of Psychological Testing, Galton argued that the human gene pool could be improved, natural selection explicitly facilitated, and the evolution of the human race accelerated, by reducing the number of children born to “below average” humans and increasing the number of children born to “above average” humans.

As a result of his thinking, more than 30 of our states adopted legislation aimed at compulsory sterilization of certain individuals. Margaret Sanger founded Planned Parenthood with the explicit goal of encouraging contraceptive use for poor and immigrant women, hence helping to realize Galton’s goal of improving the human gene pool.

The other means of altering the gene pool, beyond the number of births from parents with differing genes, would be to take active steps to cleanse the human race of existing “inferior” peoples. This, of course, defined the Nazi regime of Hitler, in which he targeted individuals he deemed to be inferior, sometimes on the basis of mental ability, and other times on the basis of his racial and ethnic stereotypes. Indeed, Hitler’s operationalization of eugenics convinced society that such steps were inhumane, unethical, and totally unacceptable. Eugenics had seen its height and would quickly decline. Or so we like to think.

Since the Roe v. Wade decision by the U.S. Supreme Court on January 22, 1973, more than 60,000,000 babies have been aborted in America. This dwarfs the number of Jews exterminated by Hitler. This dwarfs the number of Soviets murdered by Stalin. Realizing her dream of altering the gene pool of the human race, Margaret Sanger seems to have facilitated her goal, given that these abortions are not evenly distributed across the American population. 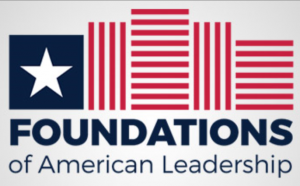 Click here to watch “Nixon and Kennedy – Friends and Adversaries.”

The 2010 U.S. Census indicates that 72.4% of residents indicated that their race was “white alone;” 27.6% indicated some minority racial/ethnic status. The distribution of abortions in America, however, are dramatically different. According to the Centers for Disease Control and Prevention, summarizing data from 36 states (14 states did not report, did not report by race, or did not meet reporting standards), approximately 50.5% of abortions in the United States in 2014 were obtained by white women, and 49.5% were obtained by women of minority racial or ethnic status. When I crunch these numbers, I learn that minority fetuses are more than two times more likely to be aborted in America than white fetuses. The most vulnerable and oppressed group in America (the unborn) are not being treated with equality. This, by another name, is the practice of eugenics.

I know many Christians who are living out their faith by adopting one or more babies. Many of these adoptions today involve international handicapped children, in large part because American babies are not available, given the practice of abortion.

I regularly hear the accusation that conservative Americans don’t care about the poor, racial equity, or social justice (and certainly, we can do better). Nevertheless, I argue that among the largest oppressed group in America, the unborn, there is no equality in support of minority opportunities for life. There is no social justice when racial and ethnic minorities are being aborted at a rate more than 200% higher than white Americans. The liberal support of abortion is the ultimate evidence of racial and ethnic inequality in America. It is the ultimate denial of social justice. It is time to put eugenics to death.