For months now, ISIS has sold oil on the international market through Turkey, and Russian President Vladimir Putin is furious with petroleum prices plunging along with Russia’s economy. Consider that context as we consider the following.

On November 24, Turkish Air Force F-16s shot down a Russian Su-24M fighter-bomber and Putin promised payback. Fortunately, he’s not likely to attack Turkey but he will push back, possibly in Ukraine where Russian MiG-35 Foxhound interceptors provide air superiority while a vast Russian buildup continues. Ukraine, not a NATO member, is an example of what might be in store for NATO members Latvia, Lithuania, and Estonia. That would mean war or, at best, Russian domination of Europe from the Baltic to the Mediterranean.

Reportedly, 76 percent of Americans oppose sending ground troops to Syria and 65 percent oppose more special forces. An expanded air war is the only alternative. On Wednesday, President Obama told French President Francois Hollande that the United States would not join any coalition aimed at ISIS joined by Russia. Hollande’s next stop: Moscow. Russia’s interest is in preserving the Assad regime because it means a secure outlet to the Mediterranean. Today it also means entrenchment at the world’s energy epicenter.

Most Republican presidential candidates, Rand Paul excluded, urge a more robust air war against ISIS. Some tout boots on the ground in Syria and establishing a “no-fly zone” over Syria. The former is unlikely and the latter undoable. Why? Remember last year: Obama’s red-line-in-the-sand threats against Assad involved some sound but no fury, thus signifying nothing.

The “no fly zone” won’t happen either. Russia now has a robust integrated air defense zone in Syria. It includes not only Su-24M fighter bombers similar to the F-111s withdrawn from the Air Force inventory in the 1990s, but also Su-25 ground attack planes similar to our A-10 tank busters, and Su-30 air superiority fighters comparable to the USAF’s F-15C. The threat to American aircraft operating out of Incirlik Air Base located in southern Turkey—where at least six F-15Cs, six F-15E Strike Eagles and a dozen A-10s are operating against ISIS—comes not from these planes, but from two Russian missile cruisers operating in the area.

That includes the S-300 Alma Anty surface-to air-missile and anti-missile system with a range of 250 miles; it is good from near ground level to 100,000 feet along with the most advanced SAM in the world, the S-400 S-21 system, which has a range of 400 miles and near 0 to 100,000 feet coverage, to include low-observable drones and aircraft. These missiles are protected by the Pantsir S-1 system with a dozen 57E-6 short range surface-to-air missiles to down attacking planes that get within 19 miles and two 30mm Gatling guns to blast attacking planes at short range. 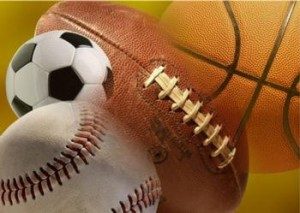 This system threatens every American aircraft going after ISIS. Air Force F-15Cs, F-15Es, Turkish and American F-16s, A-10s and Navy F-18Es cannot beat this system without a concerted attack by F-22s, F-35s, and B-2 bombers employed with the best anti-SAM weapon available: the Navy’s EF-18G. The bad news is—unless recently deployed—there are no F-22s in Europe, although four visited on a “familiarization” tour to Germany about six weeks ago. The F-35s are barely operational and the B-2s, about 16 of which are available, are based at Whiteman Air Force Base in Missouri.

The Air Force can, however, be over the Russian base at Latakia in 12 hours to blast this system and probably ignite World War III. It won’t happen. The United States abdicated air superiority by not establishing a robust aerial presence including elements comparable to, and in some cases superior to, what Putin has in place.

So, the French, who won their last war in 1809, are in Moscow beseeching Putin to turn on ISIS. He may do it, given that Putin has no reservations about blasting oil-tanker convoys, something American air power could have done but didn’t because burning oil trucks might hurt the environment and further global warming (which the president thinks is ISIS’s raison d’etre—as though folks from Syria aren’t used to heat and precious water challenges) and it might also drive prices at the pump back up during the coming election year.

The problem is lack of intestinal fortitude. Where’s Winston Churchill when we need him? It takes someone who has the courage to call human-burning, Christian-crucifying Islamic fundamentalists a real enemy and then destroy them—not degrade or contain—but utterly destroy them. And now France and Russia lead the way. Abdication.