A Vision for Middle East Peace and Security

President Donald Trump’s visit to Saudi Arabia and then to Israel as part of his first foreign trip is as historically significant as President Richard Nixon’s February 1972 visit to China and subsequent mission to Moscow two months later to sign the first Strategic Arms Limitation Treaty. Nixon’s visit opened diplomatic doors and also made the Vietnam War an anachronism in the continuing Cold War confrontation with China and Russia, thus facilitating a more graceful (if still shameful) U.S. exit from Vietnam. Unfortunately, many in the American media either ignored or downplayed Trump’s trip as an “arms sales” expedition rather than seeing it as a bold attempt to establish a triumphant vision for attaining peace and security in the Middle East.

In Riyadh, President Trump spoke to Islamic leaders from around the world. In his refreshingly frank way, Trump identified the threat of global Islamist-inspired terrorism to Muslims, Jews, and Christians coupled with Iranian regional hegemonic ambitions. Both pose enormous threats. Furthermore, Trump declared America’s commitment to working with Muslim nations to defeat global Islamist terrorism and with Middle East countries to deter Iran. He stressed the need to work “with” these nations—“with” being the operative term—and did so leaving no doubt that America was through with the Obama practice of “leading from behind.”

Meanwhile, political critics still wallowing in their hangovers from Hillary Clinton’s November loss criticized Trump for not raising human-rights issues. (He also ignored global warming, a subject obscured by the normal 110-degree May heat of Riyadh.) President Trump instead focused on destroying al Qaeda and ISIS. To do this, he understands Muslim political leaders must convince clerics across the globe to drop the radicalizing, jihadist rhetoric essential to recruiting fanatical terrorists. While Trump left no doubt that dead terrorist “losers” are necessary, he also understands it is impossible for the civilized world to kill enough terrorists to defeat global Islamist jihad.

Culturally, it is highly significant that King Salman personally welcomed the entire American entourage, including President Trump’s Jewish son-in-law and advisor Jerad Kushner and his Jewish-convert wife, Ivanka, President Trump’s daughter. Furthermore, America’s elegant and graceful First Lady Melania Trump figured prominently in all social events, suitably dressed but never scarfed. And no Americans bowed submissively to anyone. Finally, the presidential flight from Riyadh to Israel symbolizes what might be possible.

Envision an alliance built on the already-established relationships between Israel, Jordan, and Egypt, extended to Saudi Arabia and the United Arab Emirates. This could be a first step to a more comprehensive Middle East Treaty Organization (METO) that includes other Sunni-Muslim countries. The United Arab Emirates (UAE), led by Sheikh Kalifa bin Zayed Al Nayan, also is inclined toward economic entrepreneurship. Israelis have been doing business with Saudi Arabian and Emirate interests for a while, especially in high-tech fields. Though circumspect, intelligence and military cooperation between Israel, Egypt, and Jordan have been extended to include Saud Arabia and the UAE. If Riyadh and the Emirates extended their already extant recognition of the “reality of Israel” to include formal diplomatic relations, those contacts might expand exponentially to include a formal military alliance.

A Middle East Treaty Organization aimed at defeating terrorism and countering Iranian hegemony could establish regional stability. This also might reduce the need for a large U.S. presence in the Arabian Gulf. Furthermore, should Tehran attain nuclear weapons, METO nations would be covered by Israel’s nuclear deterrent. Otherwise, nuclear proliferation to Arab states with centuries of tribal animosities is likely and far more likely to render the Arabian Peninsula a glass parking lot. 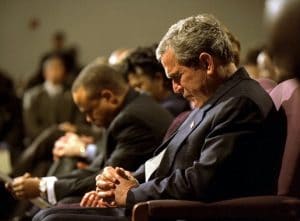 In Jerusalem, President Trump emphasized the “unshakeable bond” between Israel and the United States. The gleeful expression of Israeli President Reuven Rivlin, “We are happy to see that America is back,” largely sums up the positive tone of the visit. To be sure, reaching an accommodation between Israel and the Palestinians will test Trump’s considerable deal-making skills and will be complicated by the usual chorus of determined “never Trumpers” at home, but it can be done if both sides finally have had enough of bloodshed.

Due to Trump’s bold trip, American workers will benefit from the hundreds of billions of dollars in manufacturing jobs. High-paying jobs also means increased tax revenues needed to lower the budget deficit. Increased weapons sales to Saudi Arabia and the Emirates likely will entail increased arms deliveries to Israel, with whom the U.S. partners in anti-missile defense. Certainly a METO extended to include nations like Kuwait and Bahrain would benefit American workers and also lower the costs of high-ticket items like the advanced F-35 fighter plane and other badly needed next-generation air, sea, and land systems.

The Middle East bound in an alliance to confront and deter Iran has the best chance for stabilizing the region. By extension, this benefits everyone on the planet—to include the United States, Western Europe, and Russia—by lessening the potential for a future Armageddon resulting from ancient and, hopefully outdated, cultural and religious animosities.