A State’s Budget Crisis: A Look at the Mess in Pennsylvania

Economics & Political Systems A State’s Budget Crisis: A Look at the Mess in Pennsylvania

Pennsylvania Governor Tom Wolf has finally announced that he will allow the budget passed by the legislature for the 2015-16 fiscal year to become law. It is now time for the legislature to consider the 2016-17 budget proposal, since the legislature must decide on that budget by June 30. Disagreements about tax and spending policy last year resulted in the longest budget impasse in the state in 60 years. But coming up with a budget that is balanced and politically acceptable to the Republican legislature and the Democratic governor may be even more difficult this year.

Pennsylvania’s Independent Fiscal Office (IFO) projects a large increase in total spending in 2016-17. That increase is being driven largely by the cost of pension benefits for retired state employees and retired teachers. The IFO estimates that in fiscal 2016-17 pension costs will be 22 percent higher than they are this year. The projected increase in the following year is smaller but still almost 10 percent. In order to balance the budget and cover the rising cost of pensions, either taxes must be increased or spending for other purposes must be cut. 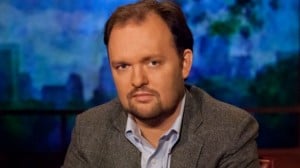 Don’t miss Ross Douthat—conservative columnist at the New York Times—speak during our 2016 Conference. Click to learn more and see all of the other great speakers.

The IFO has estimated that based on current economic growth trends and the continuation of status quo tax and spending policies at the state level, the general fund budget deficit would rise to over $1.9 billion in fiscal 2016-17 and to more than $2.7 billion by 2019-20. This assumes an average growth rate of 3.3 percent in general fund revenue, most of which comes from personal income taxes and sales taxes. If the economy goes into recession between now and 2020, these projections will turn out to be overly optimistic.

Balancing the budget, which is required by the state constitution, will be more difficult to accomplish in 2016-2017 than in the past. The governor has proposed tax increases which are larger than required to pay for projected spending increases. For 2016-17, the governor’s proposed budget includes a 9.4 percent increase in personal income tax rates, an increase in the sales tax and some other unspecified tax increases. It raises proposed spending by 2.1 percent over the IFO benchmarks. Most of the proposed tax increases in the governor’s 2016-17 budget are needed to pay for business-as-usual: pension commitments, debt service, paying for entitlement spending and increasing discretionary spending at about the same rate as the economy grows.

The legislature and governor disagree over how much to increase spending. The stance of the majority in the debate about the 2015-16 budget emphasized controlling spending to keep taxes from increasing. If the legislature is serious about holding the line on taxes in the upcoming budget, it should start discussing what should be cut from the budget to offset the rising cost of pension funding.

Several possibilities exist for cutting state government spending to offset the increase in pension obligations. One area that should be cut as much as possible is corporate welfare, which is touted as spending for “economic development.” The Commonwealth Foundation estimates that the state spends almost $700 million per year in corporate welfare—this includes subsidies to new businesses that locate in the state, a fund for race horse development, and a tax credit for companies that make movies in Pennsylvania. Though a step in the right direction, cutting or eliminating corporate welfare spending would cover less than half of the projected gap between spending and revenue.

The only other major spending category over which the legislature has much discretion is education spending. The rest of the budget is largely entitlement spending—medical assistance, long-term care, and human services. Spending for these purposes is governed by eligibility requirements and outside the direct control of the legislature.

The Commonwealth Foundation has some good ideas for reducing entitlement spending. These include reforming welfare, promoting employment for the disabled, tightening income and asset eligibility limits for long-term care subsidies and Medicaid reforms. These reforms, along with pension reform, could have a big impact on the budget in the long run, but won’t have much effect in 2016-2017.

The bottom line is that if state lawmakers are going to close the budget gap without raising taxes, they will have to cut education spending. Proposing to cut state education spending raises concerns that such cuts would reduce the quality of education substantially in districts where average family incomes are low. Yet, ways exist to educate much more efficiently than we do now. For example, increasing class sizes and retaining only the best teachers could save money while maintaining or improving educational outcomes, especially if technology is used to assist teachers.

If taxes are raised, state agencies and school districts would not have much incentive to find more efficient ways to do things. Cutting spending, by contrast, though it may result in some short-term pain, has the potential to produce long-term gain—genuine reform of education and entitlement programs that would enable the state to keep balancing the budget without increasing taxes. 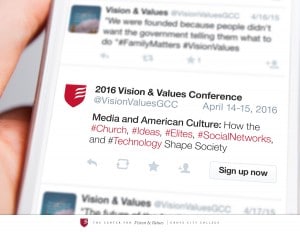 Dr. Tracy C. Miller is a fellow for economic theory and policy with the Institute for Faith and Freedom. He holds a Ph.D. from University of Chicago.