In his scathing dissent, Justice Antonin Scalia summarized the Supreme Court’s decision in King v. Burwell in two sentences: “The court holds that when the Patient Protection and Affordable Care Act says ‘exchange established by the state’ it means ‘exchange established by the state or federal government.’ That is quite absurd and the court’s 21 pages of explanation make it no less so.”

The opinion begins by correctly identifying the question to be resolved: Are Obamacare tax credits available to people who live in a state that has a federal exchange rather than a state exchange? 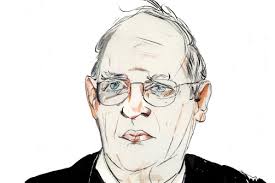 Could this man redefine marriage?

First, a quick review is in order. Exchanges are markets where people can purchase health insurance under Obamacare. State governments cannot be ordered to create such exchanges. In order to entice states to set up an exchange, the language of the Affordable Care Act (ACA) extended a “carrot” to the states—a tax-credit subsidy—to lower the premiums for citizens who purchase insurance through the exchange. If states chose not to establish exchanges, as 34 states did, the ACA allowed the federal government to create exchanges in those states, but without the benefit of the tax credit/subsidy. When it became obvious that a majority of states were not going to create exchanges and individuals in those states might not receive subsidies according to the language of the ACA, the Internal Revenue Service issued an administrative ruling that the subsidies were, in fact, going to be available to states with federal exchanges.

The majority opinion—written by Chief Justice John Roberts—upholds the subsidy extension to all exchanges, federal and state, despite the clarity of the ACA’s language to the contrary. The majority, in a 6-3 decision, explain that the arguments for the plain meaning of the language in the statute “are strong” but that interpreting the ACA in such a manner is “untenable” because it reads one part of the statute in “isolation” from the “statute as a whole.”

Continuing, the majority pulls away the curtain of obscurity when it says: “In this instance, the context and structure of the Act compel us to depart from what would have otherwise been the most natural reading of the pertinent statutory phrase.”

Such an admission by Justice Roberts and the majority is sad, confused, and ominous. The clear structure and context of the pertinent statutory language that Congress put in place was to induce states to open exchanges by offering them and their citizenry tax credit/subsidies. When that failed to work, the IRS intervened by issuing a regulatory fiat. The result was not produced by poor drafting, as the court also seems to say, but by an errant political calculation about what the states would do. The court itself concedes that by a “natural reading” of the statute in question it should have refused the subsidies to the federal exchanges. Instead of doing what courts are intended to do—interpret according to the words written by the legislators—it departs from that and relies upon what it calls a “fair understanding of the legislative plan.” 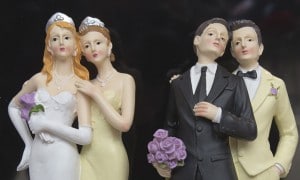 For a second time, Obamacare has been saved by a strained constitutional construction. This is reason enough for considerable concern. However, the long-range effects of ignoring the sensible canons of statutory interpretation are still yet to be determined, and those effects could produce an even greater loss of liberty than the immediate rescue of the ACA.

About John A. Sparks

Dr. John A. Sparks is the retired dean of Arts & Letters at Grove City College and a fellow for Institute for Faith and Freedom. He is a graduate of the University of Michigan Law School and a member of the State Bar of Pennsylvania. He is a frequent contributor of articles based upon U.S. Supreme Court developments.