Elections have surprising consequences. It is hard to know who is most surprised by the results of the 2016 presidential race: Hillary and her supporters, who have spent the last two months vacillating between tears and anger; conservative Never Trumpers who thought Trump was unfit for office; or Trump himself. But while some Hillary supporters are busy popularizing the grammatically and legally incorrect “not my President” hashtag, most Never Trumpers have recognized that Trump is in fact the President-elect, and as conservatives, hope for the best from and for Trump.

The question now is what next? What will Trump do with his presidency?

Here is my wish-list for his first 100 days.

First, Trump must appoint a constitutional conservative to replace Supreme Court Justice Antonin Scalia. This was one of his most important campaign promises, and coupled with Senate Majority Leader McConnell’s insistence that the Senate follow example of Democrats in the past and not vote on an outgoing president’s judicial nominee, may have tipped the balance of the election. Trump took the unprecedented step as a candidate of giving a list of potential justices in advance. His list was widely approved by conservatives and convinced many to vote for him, as exit polls clearly demonstrated. Trump needs to stick to his list of proposed justices to replace Scalia. To do otherwise would be a significant betrayal of his campaign promises. 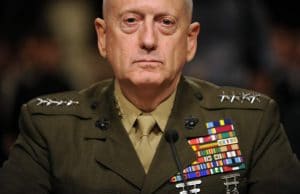 Read: Trump’s Picks — In Defense of Military and Business Leaders

Second, Trump has to deal with border security. This was his most visible promise. He must make good on securing the border, but it would help his presidency immensely to do so diplomatically. There is a wide range of policy options between President Obama’s open borders policy and mass deportation. Very few Americans want to deport all illegal immigrants that are currently living in the country, but the majority want criminals to be deported, and want significant border security, including some type of wall. Given how much of a priority Trump made this issue during the campaign, he has to follow through.

Third, the president-elect has repeatedly promised to repeal Obamacare. The question is, will he work with Congress to do so, and what will they put in its place? They cannot pretend healthcare was perfect before the Affordable Care Act. But there are a wide range of potential solutions, some of which Congress has been working on for years. The administration and Congress need to push forward with a repeal and replace plan that avoids the twin dangers of governmental control of healthcare and gaps for Americans that are virtually uninsurable in the private market due to significant preexisting conditions.

Fourth, the president must fix the Veterans Administration. It is a terrible indictment on the federal government that the VA cannot keep its promises. Two years after the waitlist scandal at the VA exploded in 2014 the Obama Administration has done virtually nothing to fix the problem. In fact, according to a congressional commission of health care providers and veterans the problem has gotten worse. The VA may well need a complete overhaul.

Fifth, freedom of conscience. In the last few years of President Obama’s administration he has presided over significant assaults on freedom of conscience, from requiring nuns, Catholic charities, and Christian businesses to violate their beliefs on contraception and abortion to demands that photographers and bakers violate their conscience by participating in same-sex weddings. America has long held strongly to an expansive view of religious freedom and conscience exemptions, from allowing Quakers to conscientiously object to the draft, to protecting the right of Muslim’s to wear long beards in prison, and supporting the Amish to provide religious education in a home school setting. Lately, that protection has come under significant stress. Trump should work to shore up conscience protections for all Americans, Christian, Jewish, Muslim, and atheist.

Importantly, for each item on this list, Trump must work with Congress. This is critical for two reasons. First, because President Obama often preferred to work around Congress, through executive action alone. That’s a bad practice for a president in a democracy. It gives far too much power to one individual, something that Obama’s progressive supporters are belatedly realizing as Trump prepares to take power. Second, because for Trump to make the really expansive policy changes he wants, he needs congressional support and legislation. It is much easier to build those bridges now than later in his term.

Trump is stepping into the White House at a difficult time. He is one of the most unpopular entering presidents in memory, in a time when the country is deeply divided, and the international arena is fraught with peril. It will take tact, diplomacy, wisdom, and courage to navigate a path forward. But it is important for all Americans that Trump do so, because his actions will have a significant effect on us all.

Dr. Verbois is an assistant professor of political science at Grove City College and an affiliated scholar at the John Jay Institute. He teaches American Politics and Political Theory and specializes in American constitutional thought.