A Haven in the Opioid Crisis

Faith & Society A Haven in the Opioid Crisis

Our nation is experiencing an opioid crisis. Currently more than 2.5 million Americans are addicted to either opioid pain relievers or heroin. According to the Centers for Disease Control and Prevention, opioid-related deaths have more than quadrupled since 1999. All drug overdose deaths, many caused by opioids, increased by 17 percent from 2015 to 2016 (about 64,000 people died). Most of us are part of or know a family who has suffered because of the addiction of one of its members. Marriages are ripped apart. Parents are devastated as their adult children frequently refuse to seek help for their problem, lose jobs, steal to support their drug habit, are incarcerated, and sometimes die. This calamity is taking a tremendous toil not only on opioid users but on police, first responders, doctors, nurses, parents, grandparents, and children.

Children whose parents abuse opioids face huge risks from pregnancy through their youth adult years. Many are negatively affected by these drugs before their birth. Thousands are neglected by parents who are preoccupied with obtaining and using drugs and do not receive the nurture they need to grow properly and thrive. Countless children are inadvertently exposed to drugs, and many end up in foster care because of their parents’ drug abuse.

President Donald Trump has rightly called the opioid epidemic a “public health emergency.” He appointed New Jersey Governor Chris Christie to head a national opioid commission, which will work to reduce the crisis by increasing federal funding to combat addiction and evaluating the effectiveness of treatment centers, state prescription drug-monitoring programs, and public campaigns to monitor both prescription opioids and heroin.

Like most public-sector efforts to alleviate our nation’s social ills, these government initiatives must be supplemented by private-sector ones. Thankfully, many compassionate individuals and creative organizations are working to combat the crisis. One such ministry is Haven in Wilmington, North Carolina, which was founded by physician Dwight Lysne in 2009. Reared in northern Minnesota, Lysne earned a medical degree at the University of Minnesota followed by a residency in child psychiatry. For 10 years, Lysne directed a child-psychiatry facility connected with the University of North Dakota. 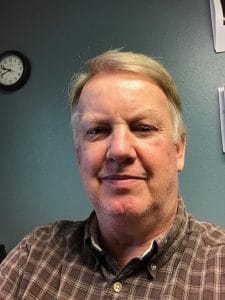 Lysne was earning $400,000 a year, but was deeply dissatisfied with his life. He kept thinking that there must be more to life than what he was doing. Through participating in a Navigators’ 2.7 discipleship group hosted by his church, Lysne recommitted his life to Jesus Christ and became passionate about his faith. Lysne also became concerned with the plight of societal outcasts and began working to help prisoners in Minnesota. He then earned a Master of Divinity degree at Bethel Theological Seminary in St. Paul, which enabled him to “integrate his medical and psychiatric background with the gospel.”

After completing his M. Div., Lysne felt led to move to North Carolina. Following three years as the medical director at the Wilmington Yahweh Center where he aided child victims of violence and abandonment, Lysne founded Haven to assist individuals struggling with drug problems. Its mission is to provide “people suffering the effects of trauma, mental illness, and substance abuse access to compassionate comprehensive evaluation, treatment and healing that is Christ-centered, Gospel-integrated and Worship-focused.”

To help its clients, Haven uses a holistic approach that addresses interconnected emotional, spiritual, and physical problems. Haven sponsors four ministries—a medical clinic, a women’s recovery center, a church, and a thrift store. The clinic supplies medical treatment to people struggling with drug addiction. At 6:30 a.m. Monday through Saturday, 25 to 45 individuals who are new to the program receive medications under supervision. Participants are subject to random drug screening. They also receive individual counseling to help them deal with practical everyday problems. The women’s recovery center provides temporary housing for women trying to overcome their addiction.

Haven’s church holds a worship service and Sunday school classes every week, a half-hour devotional every weekday morning, a healing service and a Celebrate Recovery program every Wednesday, and weekly discipleship groups led by former addicts who have successfully completed its program. Lysne and four other staff preach at the Sunday morning service on a rotating basis, typically using several months of sermons to completely cover a biblical book. “Treasures in Haven” sells furniture, kitchen wares, books, clothes, and shoes and operates a coffee shop both to aid community residents and generate income to fund Haven’s other ministries. 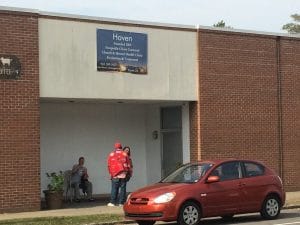 The Haven in Wilmington, N.C.

To overcome their addictions, Lysne contends, people need a recovery network that includes well-designed programs, sympathetic mentors and counselors, and a support group of caring individuals. Dozens of individuals testify that their involvement in Haven’s program has transformed their lives. Its two recovery coordinators—Chad Suggs and Brian Holland, both in their mid-30s—began using drugs as teenagers. They were “lost and broken” before Haven’s ministry enabled them to stop using opioids. Now they provide counseling and support to the 75-100 people in Haven’s recovery program.

Like many other ministries, Haven operates on a shoestring budget. More than 75 percent of its $315,000 budget goes to pay salaries, but none of its seven staff members, including Lysne, make more than $3,000 a month.

Lysne gave up a large income, a promising career, and substantial prestige to minister to people struggling with substance abuse who are often ignored or looked down on. He works tirelessly to provide medical, psychological, and spiritual assistance to many individuals who are trying to escape the horrors of addiction, and he lives sacrificially to help sustain his ministry.

Since its founding, Haven has helped hundreds of people overcome their addictions, reconcile with spouses and children, keep or find jobs, deepen their faith, and become productive citizens. Organizations like Haven deserve our thanks, prayers, and support.