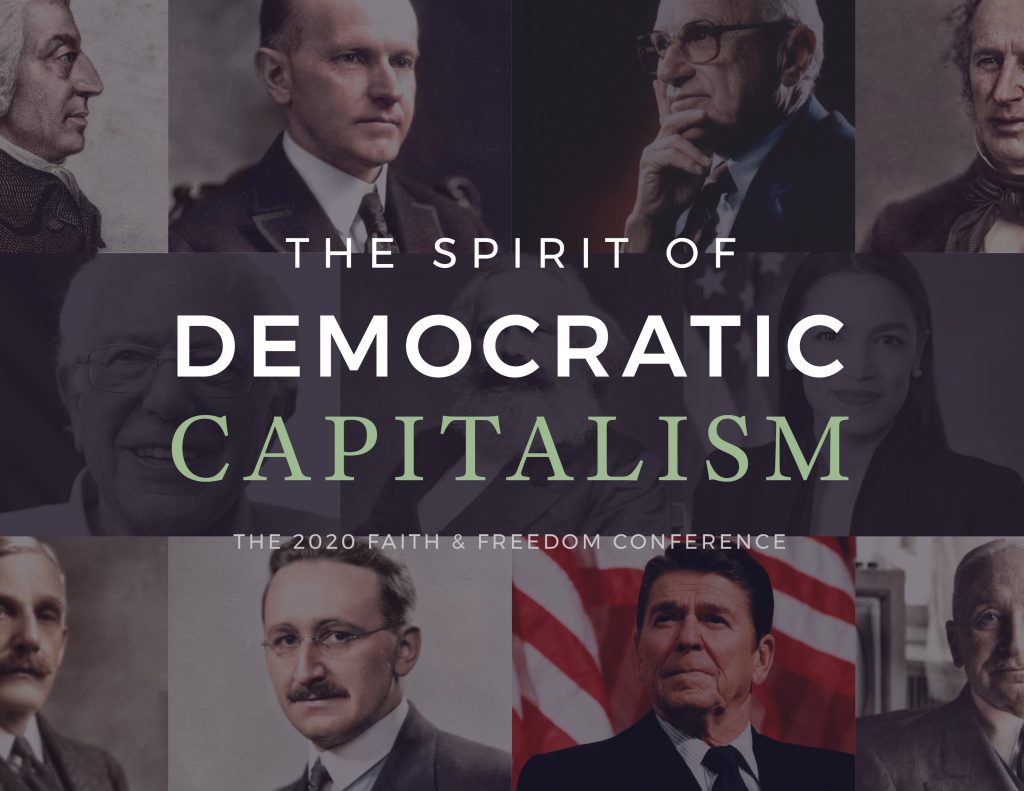 “Democratic socialism” is all the rage nowadays. Its advocates often hasten to add that they are not socialists but democratic socialists, even as the flagship group, the Democratic Socialists of America—whose members include the likes of popular congresswoman Alexandria Ocasio-Cortez—claim the title of “the largest socialist organization in the United States.”

Sadly, many Americans are not shying from the socialist label. For nearly a decade now, younger Americans—especially Millennials—have been telling pollsters that they favor socialism over capitalism, and a striking new poll by Gallup in May 2019 reveals that four in 10 Americans generally prefer socialism, with 43% saying socialism would be a “good thing” for America.

Clearly, some form of socialist or “democratic socialist” spirit is blowing.

But long before this modern trend, there was a counter-spirit: what the late Michael Novak called The Spirit of Democratic Capitalism. That deeper current runs back to the beginnings of this nation, its founders, and their commitment to the foundations of a free society.

Novak insisted that the free market should never exclude morality. At the time of his book’s publication in 1982, one reviewer praised Novak for articulating “a moral theory and a theological base for the implicit ideals of democratic capitalism,” showing it to be the “spiritually and morally commendable alternative to the collective and compulsive ethic of socialism.”

Novak, of course, was hardly alone in thinking this way. Nonetheless, his memorable title speaks to us as particularly relevant considering the prevailing zeitgeist in America today. At a time when a spirit of democratic socialism is spreading, we feel it’s a good time to recall the spirit of democratic capitalism.

In this spirit, the Institute for Faith & Freedom at Grove City College invites you to our annual conference: The Spirit of Democratic Capitalism. This important conference will once again be held on the beautiful campus of Grove City College on April 2-3, 2020. Registration is now open.