In 1992, presidential candidate Bill Clinton argued that abortion should be “safe, legal and rare.” By contrast, a March 27, 2017 article in The Washington Times was entitled, “Safe, Legal and Not So Rare,” and argued that abortion has instead become “a young woman’s rite of passage.” 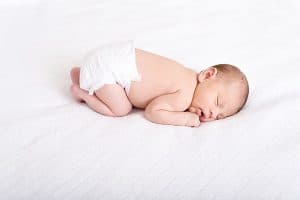 I have personal friends (and Facebook friends) who are pro-life Democrats, but struggle with this one aspect of their party. They like to think of themselves as social justice advocates, trying to support the poor and helpless in our society, while at the same time struggling with the reality that the most helpless individuals in our society are being given no chance of survival. More than 50 million helpless babies have been aborted since Roe v. Wade. Can a man or woman define oneself as a social justice advocate, while failing to meet any needs of the 50 million weakest and neediest among us?

In order to deal with the dissonance of being a member of the Democratic Party, these pro-life Democrats have tried to redefine the term “pro-life.” They suggest that conservatives are not pro-life, because they do not support spending bills to increase social programs for the poor in our society. They argue that truly pro-life individuals must be concerned about the 4-year-old and the 40-year-old, and not just the developing fetus.

Although I totally reject their claim that one can support abortion and still be pro-life, I recognize the call for a broader pro-life focus. Indeed, I want to be 100% pro-life; I want to be the person who takes personal action to help the least among us. I want to back up my rhetoric with practical, meaningful, and effective assistance.

Being 100% pro-life does not require that I vote for every spending bill, however, as many spending initiatives provide little if any evidence of their effectiveness. Yet, I am convinced that those of us who call ourselves pro-life must both oppose abortion and support the needs of our neighbors.

In their recent book, Suffer the Children, Gary and Jane Smith call for Christians to be more engaged and active in supporting the needy children around us. With this in view, I ask myself, “What can I do to be 100% pro-life?”

I think of one lady (let’s call her Aunt Millie) who has long been the short-term foster mother for newborns in her metro area. When unwanted babies are born, there is often a lag period between the end of the birth mother’s involvement and the adoption placement. During this time, someone has to be the caretaker. Aunt Millie has cared for hundreds of newborns, sometimes for a few days; sometimes for a few weeks. Aunt Millie is 100% pro-life.

I think of the more than 4,000 pregnancy help centers that offer programs to nurture pregnant teens and educate young mothers. They provide counseling services and tangible assistance, including diapers and clothing. These centers operate without any federal money, and are dealing with an increasing amount of legal bureaucracy from state governments. These centers rely on countless hours of volunteer time and donations from churches, foundations, and private citizens. The people who enable these pregnancy help centers to function effectively are 100% pro-life.

Those who support abortion rights cannot claim the pro-life banner. As long as the most vulnerable lives are being terminated, pro-choice advocates are not pro-life. Meanwhile, however, in order to fully support the pro-life cause, we must facilitate the meaningful and healthy development of those young lives who have escaped this mass genocide of the unborn. These most helpless of people need justice, and that depends on each and every one of us, in our own small way, reaching out to them, enabling their physical, mental, social, and religious well-being. Let’s each and every one of us find a way to support the most vulnerable of our society, hence supporting the pro-life cause, both nine months before birth, and for years thereafter.