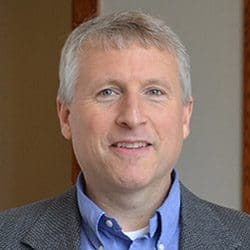 Paul Kengor, Ph.D., is professor of political science at Grove City College and chief academic fellow of the college’s Institute for Faith & Freedom. Kengor is a New York Times bestselling author of nearly 20 books. His most recent book is A Pope and a President: John Paul II, Ronald Reagan and the Extraordinary Untold Story of the 20th Century (April 2017).

Dr. Kengor released two books in 2015. The first is a co-edited volume (with Jeffrey Chidester, University of Virginia), titled Reagan’s Legacy in a World Transformed. Published by Harvard University Press, it is a seminal scholarly work on President Ronald Reagan. He also published Takedown: From Communists to Progressives, How the Left Has Sabotaged Family and Marriage, a shocking chronology of how the far left has sought to take down natural-traditional-biblical marriage and family, culminating in its embrace of same-sex marriage as the long-sought vehicle—one that has mainstream public support—to finally succeed in redefining marriage and family, as well as attacking religion. These books follow his 2014 work, 11 Principles of a Reagan Conservative, one of his many books on President Ronald Reagan.

In 2010, Kengor published Dupes: How America’s Adversaries Have Manipulated Progressives for a Century (ISI Books). Based on extensive Soviet archival research, particularly the Soviet CominternArchives on Communist Party USA, the book examines the exploitation of American liberals by communists beginning in the early 20th century.

Prior to Dupes, Dr. Kengor published another major Cold War work, The Crusader: Ronald Reagan & the Fall of Communism. The Crusader includes never-before-published documents from KGB archives, Soviet media archives, and once-secret but now declassified NSC, White House, and Reagan administration documents. Originally released in hardcover in October 2006 (HarperCollins), the paperback rights were purchased by HarperPerennial for release in September 2007. The book was translated for release in Poland in October 2007. The book was also translated into Estonian and Korean, and is being considered for Albanian.

Also in 2007, Kengor released God and Hillary Clinton (HarperCollins), the first and only examination of the faith and spiritual life of the former first lady. In November 2007, he published (with co-author Patricia Clark Doerner) The Judge: William P. Clark, Ronald Reagan’s Top Hand (Ignatius Press), a long-awaited biography of Ronald Reagan’s close friend and most influential foreign-policy adviser. The Judge is the only book to be endorsed by two living ex-presidents from differing political parties: President Jimmy Carter and President George H. W. Bush.

Kengor’s best-known work is God and Ronald Reagan (HarperCollins, 2004), which made bestseller lists for The New York Times (extended list), Amazon.com, BarnesandNoble.com, and Christian Retailing, among others; the book reached #2 on Amazon’s non-fiction list. He is author of God and George W. Bush (HarperCollins, 2004), which reached #5 on Amazon’s non-fiction list and made The New York Times’ extended bestseller list. He is co-editor with Peter Schweizer of Assessing the Reagan Presidency (Rowman-Littlefield, 2005). He has also written chapters or essays in books published by Oxford University Press, Columbia University Press, Palgrave-Macmillan, Lexington, and many others.

The film rights for Kengor’s two books on Ronald Reagan, The Crusader and God and Ronald Reagan, were purchased by MJM Group. The books are the basis for a major Hollywood “bio-pic” on the life and presidency of Ronald Reagan, titled, Reagan: The Movie. The film, budgeted at $30 million, will be co-produced by Mark Joseph and Ralph Winter, with script by Howard Klausner. Filming is planned for late 2015.

Kengor has been a frequent contributor to MSNBC, C-SPAN, NPR, the BBC, PCN-TV, EWTN, and FoxNewsChannel, and is a regular columnist for Townhall and the American Spectator. He has appeared on many TV shows, including “The O’Reilly Factor,” “Hannity,” “Fox & Friends,” the “World Over,” the “700 Club,” Lou Dobbs, and (from the past) “Hannity & Colmes,” “Tony Snow Live,” and “Scarborough Country.” He has done hundreds of radio-talk shows, including the shows of Sean Hannity, Bill Bennett, Mark Levin, Diane Rehm (NPR), Michael Reagan, Warren Olney (NPR), Glenn Beck, Janet Parshall, Truths that Transform with D. James Kennedy, Dennis Praeger, Michael Medved, G. Gordon Liddy, Linda Chavez, Kresta in the Afternoon, Jim Quinn, Stand to Reason with Greg Koukl, and Laura Ingraham. Hosts like Rush Limbaugh have discussed his work on air on a number of occasions. He does a regular commentary for three nationally syndicated radio programs: American Radio Journal, Moody Broadcasting, and Ave Maria Radio Network/EWTN Radio.

Kengor has done work for many think tanks, including the Center for Strategic and International Studies, the Heritage Foundation, and the Allegheny Institute for Public Policy, and has served on the editorial board of Presidential Studies Quarterly, the flagship academic publication on the presidency. He is nationally known for his work on the American presidency. In 2009, he was one of a select group of presidential scholars to participate in C-SPAN’s prestigious, highly regarded ranking of American presidents, a follow up to C-SPAN’s popular 2000 survey. The four-person advisory team to the survey was comprised of Douglas Brinkley, Richard Norton Smith, Edna Medford, and Harvey Mansfield.

Kengor received his doctorate from the University of Pittsburgh’s Graduate School of Public and International Affairs and his master’s degree from American University’s School of International Service. He holds an honorary doctorate from Franciscan University (Steubenville, Ohio), where he was the commencement speaker in May 2009. Kengor, a native of Western Pennsylvania, lives with his wife Susan in Grove City, Pa., along with their eight children.