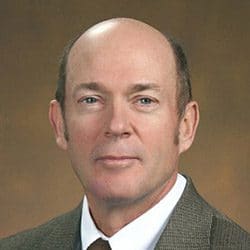 Gary Scott Smith is the retired chair of the history department at Grove City College and coordinates the humanities core. He is a fellow for faith & politics with The Center for Vision & Values, has published numerous articles in scholarly and popular journals, and has also penned chapters for several edited volumes on religion and society. In addition, he has authored or edited eight books, including Religion in the Oval Office (Oxford University Pre ss, 2015), Faith and the Presidency: From George Washington to George W. Bush (Oxford University press, 2006) and his latest release, Heaven in the American Imagination (Oxford University Press, 2011). In 2000, he received Grove City College’s first Profes sor of the Year award, and the next year he was named Pennsylvania Professor of the Year by The Carnegie Foundation for the Advancement of Teaching and the Council for Advancement and Support of Education. Smith earned a B.A. degree in psychology at Grove City College, a Master of Divinity degree at Gordon – Conwell Theological Seminary near Boston, and an M.A. and Ph.D. in American history at Johns Hopkins University.

By adding $10,000 to your annual support, you will enable one conservative student to spend a year learning and working at The Institute for Faith & Freedom at Grove City College. He or she will bear your name as a distinguished Student Fellow for the entire academic year and will send you personal updates throughout the year. Permanent naming opportunities are available with a gift of $200,000. Please contact Jeff Trimbath at 717-693-5141 for more information or visit: https://securelb.imodules.com/